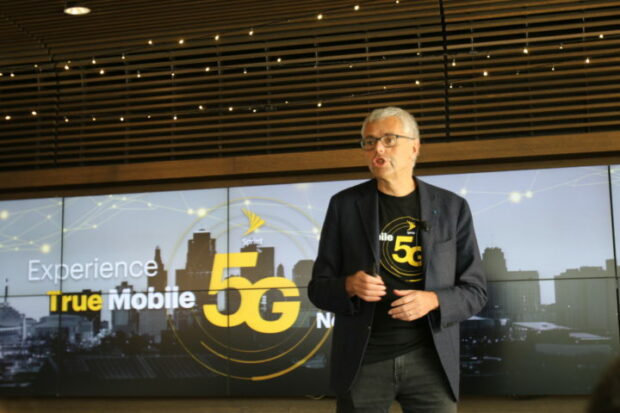 Kansas City is one of five metro areas nationally to have a 5G network operated by Sprint.

“5G is a way to disrupt all existing businesses in the United States,” Combes said, stressing that it “will growth and innovation in every industry.” He did, however, concede that for a full, effective national roll out, his company’s pending merger with T-Mobile will need Justice Department approval. As it stands, Sprint does not have all of the assets to make 5G work nationally, he said. “That’s the reason we are really keen to make it work,” Combes said of the deal.

Along with Kansas City, Atlanta, Dallas and Houston now have 5G capability, and Sprint is targeting Chicago, Los Angeles, Phoenix and Washington for 5G by the end of June.

It was stressed at the event that Sprint’s 5G expansion would especially target rural areas that currently lack strong wireless infrastructure, a plan lauded by U.S. Rep. Emanuel Cleaver, D-Mo. “Rural America is the inner-city of the 21st Century,” he said, pointing out that some children in small towns have to do their homework at McDonald’s because it is the location in their area with sufficient WiFi. “If we can contribute to a higher quality of living, then we win.”