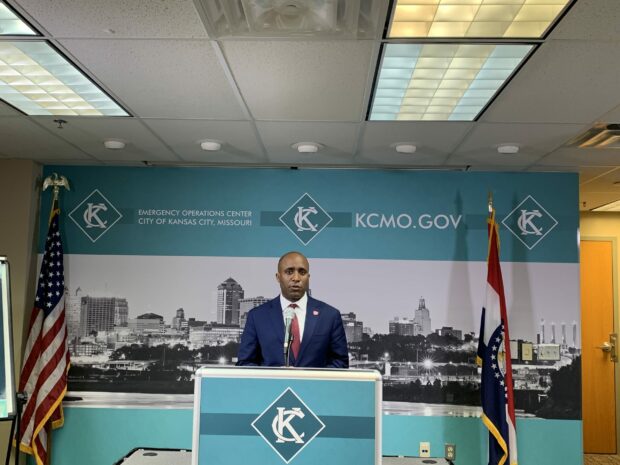 Mayor Quinton Lucas has issued a State of Emergency in Kansas City that will last for an initial 21 days in order to prevent the spread of the COVID-19 virus. One of the main conditions of the order issued prohibits public gatherings of more than 1,000 people. This has not only impacted the cancellation of the Big 12 basketball tournament, but also major events, such as concerts and conferences, including the widely popular Planet Comicon Kansas City, originally scheduled for March 20-22, an event that has seen an exponential increase in attendance and now fills up the Kansas City Convention Center with each iteration.

Though there are no confirmed cases in Kansas City, Mo., there have been three confirmed in neighboring Johnson County, Kan.

“Trust me, we are in the business of collecting tax revenues, so we don’t take these things lightly,” said Lucas at a news conference held at the KCMO Emergency Operations Center, stressing that the 21-day ban was only for groups of 1,000 people or more. He also said people that are under 70 and don’t have health risks need not totally avoid public areas. “This isn’t a mass quarantine of the area,” Lucas said.

The state of emergency, which is listed as Section 50-155 of the City Charter, gives Lucas the power to impose a curfew and close gas stations, liquor stores and bars. But Lucas said that he was not yet prepared to take those measures. Kansas City International Airport and public transit will remain open, he said, and office towers with more than 1,000 workers can continue to stay in operation. After 21 days, the declaration will either be lifted or continued, with possibly stricter restraints, depending on the spread of the virus.

“We need to remove this cycle of the virus from moving around,” said Kansas City Health Department Director Dr. Rex Archer. “Keeping some distance is important right now.”

School districts will make their own decisions regarding how to manage the spread of COVID-19, Lucas said.