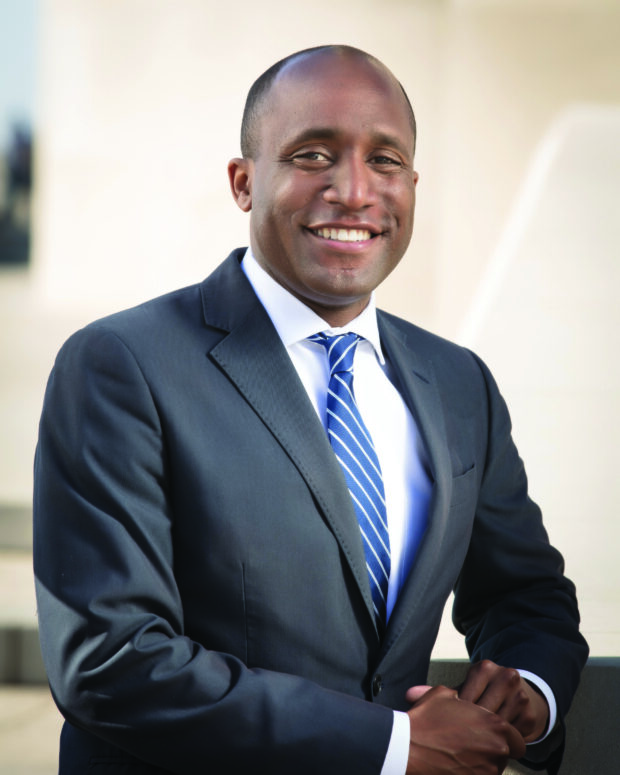 Kansas City’s new mayor, Quinton Lucas, made his inauguration speech today, and touched on infrastructure issues that are vital to the metro’s business community.

He mentioned the new terminal at KCI Airport, which recently underwent the demolition of Terminal A, and stressed the need to “complete the new airport terminal project on-time—before the 2023 NFL draft—and on budget.”

Another continuing issue he addressed is the high water bills faced by Kansas City businesses and residents as part of costly compliance with an EPA consent decree, and Lucas said his office would keep negotiating with the federal agency to help mitigate the rates.

Staying on the infrastructure topic, Lucas stressed the need to repair and update the city’s street system. “We must be consistent with our promise to taxpayers to address long-term, existing road repair and infrastructure needs—before the winter pothole season hits—and with a focus on taking care of what we have,” he said.

Tomorrow Lucas, a 2018 Ingram’s 40 Under Forty winner, will host First Friday events in the Crossroads, followed by a cocktail and dessert reception at Union Station on Saturday.