Country Club Bank Snaps Up Olathe’s Bank of the Prairie 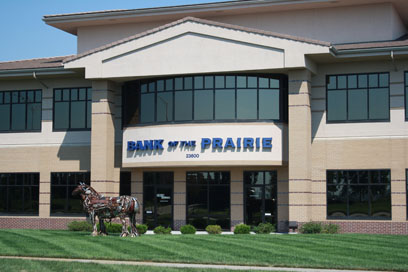 It’s the latest in a string of deals this year in which local institutions have bought out each other. In June, Academy Bank bought out KCB Bank and its six branches in the Northland, as well as one in Bonner Springs. That followed Central Bank of the Midwest’s parent company  buying Liberty Bankcorp for $103.7 million.

The Bank of the Prairie deal give CCB two Olathe branches and an institution with about $143 million in assets as of June 30. It will bring CCB, which has just under $1.4 billion, in assets to a total branch count of 21 and its first Olathe outlets.

In May, CCB promoted Joe Close to president of the institution, as well as several other personnel changes.