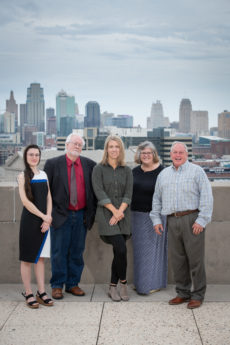 Ingrams.com is the online presence for Ingram’s Media and Ingram’s Magazine, the leading business publication in Missouri and Kansas for more than 45 years. No other publication, broadcast outlet or Internet medium works harder to cover business, industry and economic development trends throughout the bi-state region. Ingrams.com is the regional business community’s gateway to news, features and business statistics relevant to every one of the seven diverse regions in each state, coupled with individual Destination Missouri and Destination Kansas Web sites for every county and hundreds of cities in the two-state region. 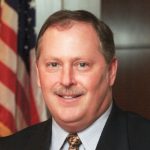 Joe Sweeney: A native of Kansas City, Joe Sweeney is a graduate of Rockhurst High School and the University of Missouri. For the past 20 years of his 30-year journalism career, Sweeney has served as Editor-in-Chief and Publisher of Ingram’s magazine, where he has spearheaded initiatives to tighten the readership profile and create one of the highest reader demographics in the United States; launched the Industry Outlook Assembly series, bringing together top executives from dozens of business sectors for industry-specific assemblies; has developed numerous competitions and recognition programs, including 40 Under Forty and Best of Business Kansas City; and has supported various philanthropic causes, including the CEOpen Executive Golf Tournament, which raised more than $550,000 for 32 regional non-profits. 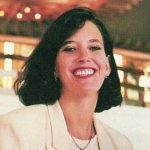 Michelle Harrington Sweeney: Michelle   is an award-winning advertising executive and owner of the magazine. She works hard with client companies to put their marketing message in front of Ingram’s influential and affluent readers. Michelle also serves on the senior editorial team of Ingram’s and related publications. A native of Omaha and a graduate of Benedictine College,  she continued her  professional education and completed her Fellow of  Life Management Institute with distinction  in 1985,  her AALU from the Academy of Life Underwriters in 1989.  While working as a regional underwriting manager at BMA Insurance in Kansas City, she finished her insurance professional education as a CLU and ChFC from the American College.    She changed her  career direction toward  magazine management and ownership  after she and her husband, Joe Sweeney, became publishers of St. Louis Homes & Gardens , Saint Louis Bride, Destination Saint Louis  magazines in 1992. She and her husband have been publishing Ingram’s Magazine, Destination Kansas City and Destination Missouri since 1997. 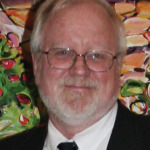 Dennis Boone: His introduction to news reporting came on the staff of the student newspaper at St. Joseph High School in Shawnee (it’s now St. Thomas Aquinas, in Overland Park). Since then, Dennis Boone has worked at small dailies and big-city newspapers in Olathe, Salina, Wichita and Kansas City, covering business, public policy issues at the state, local and federal government levels, public safety, education and community affairs. He earned degrees in journalism and mass communications from both Kansas State and Penn State universities, and joined Ingram’s in May 2009 as managing editor. He is responsible for implementing the editorial committee’s monthly content plan and shaping as well as reporting the online news report. 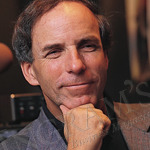 Jack Cashill: Jack Cashill has been affiliated with Ingram’s almost from the magazine’s inception. He currently serves as Senior Editor, providing monthly insights into the nexus of public policy and business with his Between the Lines commentary, and sits in the moderator’s chair for nearly all of the Industry Outlook Assembly gatherings. A prolific author of both books and commentaries for national publications, Cashill holds a doctorate in American Studies from Purdue University. He also has taught media and literature at his alma mater, hosted local radio talk shows and is an independent video producer.