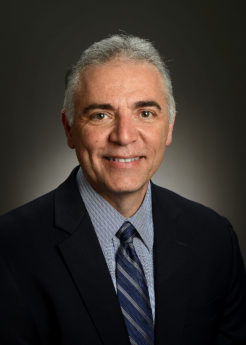 John Mikos, chief operating officer of YMCA of Greater Kansas City since 2013, is the organization’s new president and chief executive officer. He has been in an interim position in those roles since March, when David Byrd left for YMCA of the USA, in Chicago, to become senior vice president of movement advancement.

“John has led many progressive developments with the Y in Kansas City in his previous role, bringing focus to innovative integrated health programs, fostering the Y’s vision for our downtown core along with building great relationships with health and community partners across the region,” says CiCi Rojas, head of the YMCA of Greater Kansas City’s board of directors.

Since joining the organization, Mikos has been part of the Downtown YMCA/Kirk Family Community Center breaking ground at the former Lyric Theatre building in November of last year, as well as the expansion and renovation of facilities, including the Atchison Family YMCA/Cray Community Center and the Linwood Family YMCA/James B. Nutter, Sr. Community Center, in 2017. Mikos also worked with North Kansas City government to renovate its area location.

Prior to joining YMCA of Greater Kansas City, Mikos held chief operating officer positions at YMCA of Western North Carolina in Asheville, and the YMCA of Greater Tulsa.