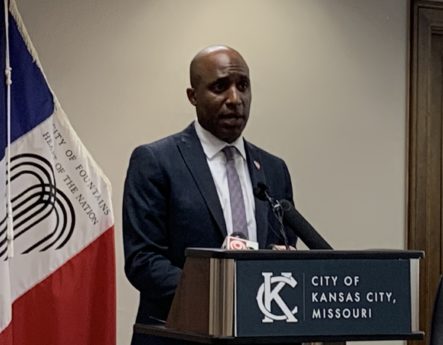 The use of tax incentives to lure companies across the state line in the Kansas City metro area is a practice that seems to be on the cusp of ending.

New Kansas City Mayor Quinton Lucas today held a press conference announcing that he will introduce legislation at the next city council meeting  “that will ban the use of any property tax incentives for a term exceeding ten years for the relocation of existing jobs from Wyandotte, Johnson, or Miami counties in Kansas.”

His remarks came just after Kansas Gov. Laura Kelly introduced Kansas Executive Order No. 19-09, which stops the use of state incentives to convince companies in Cass, Clay, Jackson or Platte counties, in Missouri, to relocate to Johnson, Miami or Wyandotte counties, in Kansas.

Lucas said that he has not yet drafted an ordinance to put before city council, but he said the proposal would apply to companies in the process of moving and that “we should start living by that rule.” The measure also would apply to all city agencies, including the Port KC port authority.

People across the metro area call themselves Kansas Citians, no matter which municipality they live in, and drive across the border on a daily basis, Lucas said. “We root for the same professional sports teams, often travel the same roads, and use the same airport,” he said.

The steps of Gov. Kelly and Lucas follow Missouri Gov. Mike Parson, who in June signed a bill that would stop offering state tax incentives for businesses relocating from certain Kansas counties. Its enactment was contingent upon similar action by Kansas.

The ending of the “border war,” as it has long been called, has garnered national attention and caused discussion within other metro areas about possibly following suit.