Where Are the Angels?

Entrepreneurs and policymakers say the bistate region has to find a way to reach the minds—and wallets—of a broader venture-capital ecosystem. 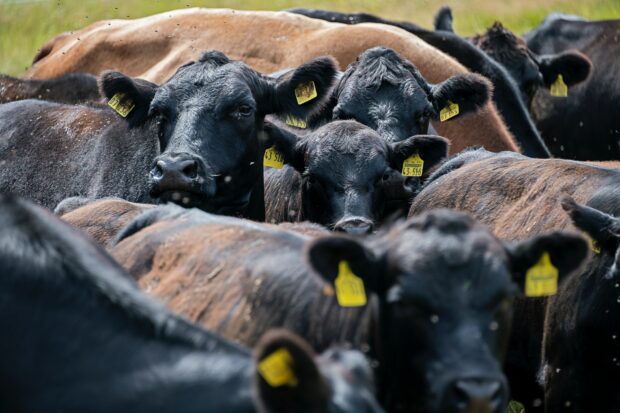 If you could put a face on the challenges the Kansas City region confronts in attracting start-up capital—especially in the life-sciences realm—it would look a lot like … the muzzle of a cow.

That’s an image Shekhar Gupta has been pondering throughout the visioning, early-stage funding and commercialization of MyAnIML, a rather unconventional but entirely innovative approach to identifying and controlling diseases in cattle, even before symptoms have shown up. And a lot is riding on the technology he’s developed.

“Various diseases throughout the year costs the bovine industry over $200 billion annually in treatment cost, revenue loss, and deaths,” he says. When you consider the added cost of treatment for animals in the beef and dairy industry, “that cuts the profit very quickly.”

The problem Gupta has run into is that, because he was conducting the research on his own, without the imprimatur of an established university-level research program or a well-financed corporate lab, is that it’s harder to catch the ear of potential investor, even when the prospect of a big exit wafts in from the feedlot.

“So I took it on myself, looked at various parts of the animal’s body to see what part could provide advance notification of sickness,” Gupta says. “The muzzle is unique, like a human fingerprint. No two are the same. And what I found was that muzzle changes before a cow becomes symptomatic.”

The average investor in artificial intelligence, he said, “just wasn’t getting it. “I had to go to investors through ag tech, had to deliver proof of concept, then started getting interest in funding.”

His is not a one-off example of the barriers facing entrepreneurs, says Maria Flynn.

She’s the former CEO of Orbis Biosciences, a small biotech firm where she was part of the entrepreneurial community that often runs into that funding wall.

“From personal experience and what I see with my fellow entrepreneurs, angel investment is just really low,” Flynn said. “We need angels coming in earlier rather than waiting so long in the companies’ journey that companies die before they get there.”

Citing research by startupusa.org, which tracks the flow of investor capital, Flynn noted that Kansas City’s level of early-stage investment per capita “is just way down the list. We aren’t showing up among our peer cities.  If you look at cities that have made great strides over the last 15 years like Boulder, Austin, Columbus and what they have done … there is no reason Kansas City shouldn’t be on that list.”

That’s not to say we’re a VC basket case.

Things we do well in KC’s funding ecosystem:

“We’re getting investors here who are really respectable,” Flynn said. “They are getting good results and they deeply care about our community. People like Darcy Howe with KC Rise, Dan Kerr with Flyover, Jeremy Tasset with Neuterra Capital. There are certainly later-stage players here like Five Elms Capital, and if you go to the Association for Corporate Growth, you see where the funds are for later stage. But the early stage is really a drought.”

Jeff Shackelford, CEO of the Enterprise Center of Johnson County, views the challenges through the prism of Kansas companies, but situation there isn’t markedly different.

“While access to capital for new and early-stage ventures in Kansas is improving, there are still significant gaps in the state’s early-stage funding ecosystem,” he says. “Entrepreneurs of color, female founders and entrepreneurs living in rural communities continue to struggle to find access to needed capital to launch and grow their businesses.”

First-time employers have created an average of almost 20,000 jobs per year in Kansas from 2014-2018, totaling over 94,000 new jobs, Shackelford noted. “That represents 50 percent of all new jobs during that period. Improving access to capital for all founders across the state could significantly increase new business starts and jobs created every year across Kansas.”

Early-stage ventures, all agreed, need capital to launch and grow quickly. As Shackelford noted, “access to seed capital for early-stage ventures is extremely limited and often dependent on founders having wealthy friends and family, or “inside connections” to wealthy investors or investment firms. … It is essential we find sustainable ways to make early-stage capital accessible to all entrepreneurs across the state.”

Surrounding states, he noted, including Missouri, “all have state-funded, early-stage funds dedicated to growing new enterprises throughout their respective states. These public/private partnerships provide a 1:1 state match of private capital at a critical juncture for new ventures and have shown great success.”

Flynn said there remains a need to focus on the early-stage companies, then ensure that investment is available across the growth spectrum.

There is, however, a $1.2 billion joker in the deck that might play to the region’s advantage in attracting coastal capital and attention: The National Bio and Agro-Defense Facility, opening in phases later this year and into 2023.

“USDA will own and operate the facility and they plan to work with the private sector to get the new technologies to market,” Trewyn said. “NBAF was obviously a determining factor in Scorpion Biological Services deciding to build a massive new biomanufacturing facility in Manhattan, and increased interest by venture capital firms is certainly on the horizon.”

The Silicon Valley venture firm Plug and Play, Trewyn noted, already has a growing presence in Topeka and that’s likely only the beginning.  “With the great work being done by the Kansas City Area Development Council and others, there are exciting times ahead for the Animal Health Corridor and beyond,” he said.

That would be fine by Gupta.

Even though a number of universities have reached out to ask about aligning with his work, he says, “I still see people not very open-minded. I don’t mean in a bad way, they are all very accomplished people, but many times, they get stuck, and rather than looking at the potential, they look at whether the tech is proven by somebody else, or if that founder had a previous exit.

“I had never raised money before, had no record of making a company big through venture capital. Those are the things, I’m asking investors, sometimes you need to take the gamble and say this person has a tremendous background in that tech and this could be game-changing tech. That’s what’s missing here.”