Welcome to Missouri: The Show-Me State

For natives and newcomers, this really is home.

The phrase “best of both worlds” may be an overused expression, but in Missouri’s case, it’s an accurate one.

The state mixes an outstanding quality of life with a vibrant business economy and low cost of living to produce an unparalleled business and residential setting. One of the most affordable states in the nation, Missouri’s median home costs allow some out-of-state buyers to purchase twice the home—or more—than they could have for the same price on the east or west coasts. While local residents may look with envious eyes at ocean beaches or Rocky Mountains, they clearly have enough nearby attractions to make tourism one of the state’s leading industries. 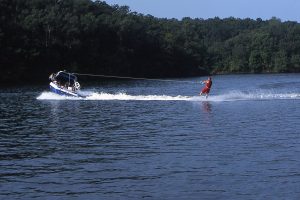 Missouri’s great outdoors are but one facet of an outstanding quality of life in the state.

Economic opportunity, however, may be the biggest strength. Missouri still retains its commanding position in agriculture, a strength it has held since its settlement in the early 1800s. Today, though, agri-business is also likely to include high-tech human, animal and plant sciences, biofuels and sophisticated processing for a wide range of uses worldwide. And Missouri’s assets in support of entrepreneurial ventures take a back seat to no state.

Another aspect of the state’s economy often overlooked by those who unfamiliar with Missouri is in transportation and distribution, not only on regional and national scales, but even in world trade. Although Missouri’s position in the center of the nation makes for obvious advantages in truck, rail and telecommunications, the state is also reaching out to world markets. In the Kansas City region, new intermodal facilities have launched an explosion of the logistics sector, tying the area directly with deep-sea ports in Mexico and the West Coast, offering an economical way for overseas goods to reach the nation’s heartland.

Missouri has historically been known as the Show-Me State, a double-edged nickname that derives from old-fashioned cynicism and the need to see something in person before taking someone’s word. Today, however, the “show-me” attitude may apply to the success this state is demonstrating for the rest of the nation.