There’s more to ownership of farmland than the potential for financial gain; it’s an asset with a history and a legacy. 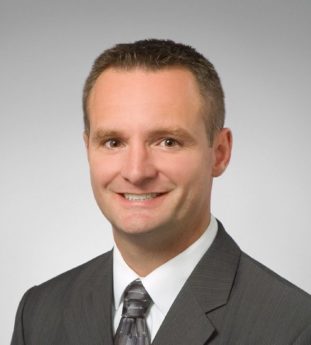 Having grown up on a farm in western Kansas, I was privileged to experience what most farm kids hear about—the history of the family farm.

These stories passed down from generation to generation typically recount which land was bought when, by whom and for how much. These stories also often include a more painful subject—what land could have been bought, for how little, and who messed it all up by passing on the purchase.

Stories recounted in this way often now involve prices that are a small fraction of what the land would be worth today. The point of this commentary is that farmland in America has been an excellent investment over the past several decades. Not only has the land generated (in most years) a decent amount of income, but it has also (and often in a much bigger way) provided an appreciating asset that has continued to increase in value over the years. Here is a quick look at some characteristics that make land a great asset.

Farmland is unique in that working the family farm creates an inherent bond and love for the land that can be shared in a special way among family members. Creating a lasting legacy for one’s family through a shared love of the land, while also feeding the world, is a great characteristic of ag land. Passing the family land down through the generations also has significant tax advantages that are meaningful.

On average, farm real estate in the U.S. has experienced a combined total return of well over 10 percent since 1970. This includes both the annualized rental income (or cash income if farmed) along with the appreciation of the land itself. In fact, since the end of the World War II, there has only been one significant period in which farmland prices meaningfully declined, which was from 1982 to 1987. This period was preceded by an 11-year period in which both farmland and commodity prices boomed. The end of the 1970s ag boom, along with record high interest rates, resulted in weak land prices. Excluding the 1982 to 1987 period, there have been very few year-over-year declines in national aggregate farmland values.

The value of any asset is best measured as the amount of cash flow that can be generated from the asset discounted at an appropriate rate. Farmland has a very strong net present value characteristic in that the reasonable certainty of the cash generation can be expected for many decades to come. When interest rates are low, the discounting calculation results in higher asset values, which helps explain why land values remain robust today despite lower commodity prices. This also helps us understand why land fell so dramatically in the 1980s when interest rates spiked. Land will often be more correlated to the rise or fall in interest rates than it will be to the rise or fall in the price of grain.

The most often quoted statement about farmland will always be true: “They are not making any more of it.” Due to the obvious limited supply of farmland, the intrinsic value of the land will likely remain stable for a long time.

Farmland is not a get-rich-quick investment, but rather a stay rich investment that will provide reasonable returns over long periods of time.

Many of America’s founding fathers invested in farmland with the money they earned and believed it to be a wise investment. George Washington said on February 1, 1778, “Land is the most permanent estate we can hold and the most likely to increase in its value.” I believe this to still be true today more than 240 years later.