Wealth Management: A Lot of Moving Pieces on the Federal Tax Board

From individual rates to estates and capital gains, Washington is rethinking tax policy. 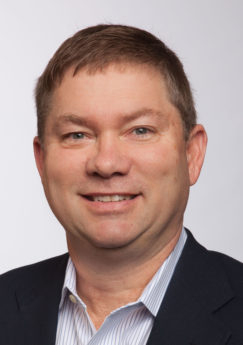 The change in administrations in Washington brings with it the prospect for significant revisions to U.S. tax policy. While nothing is carved into stone this early in President Biden’s term, business owners and higher-net-worth individuals in particular have plenty of reasons to closely watch what happens in Congress.

The good news, at this point, is that while lawmakers are grappling with a $1.9 trillion coronavirus assistance and stimulus package, prospects may—may—be dimming for retroactive implementation that would attach coming tax changes to Jan. 1 of this year.

But overall, the topics that individuals should pay close attention to include a potential increase in the corporate tax rate, a return to significantly higher individual income tax rates at the high end, changes to the gift and estate tax exemptions, possible caps on itemized deductions, and even the loss of a step-up in basis for your heirs in the event of your death.

That’s a lot to unpack, with more surely to come this year, so let’s look a bit deeper:

Corporate tax rate. When President Trump secured approval of the Tax Cuts and Jobs Act in December 2017, the corporate tax rate was slashed by 40 percent, from 35 percent down to 21 percent. Since then, there have been calls from some corners for a return to significantly higher corporate rates. But as a political matter amid the sluggish coronavirus economy, Congress may be reluctant to enact a steep rise in these rates, given the likelihood that they would reduce job growth and employment levels.

Higher individual income tax rates. Then-candidate Biden spoke very frequently about restoring taxes to levels that were in place before passage of the TCJA. Instead of a top federal rate of 37 percent, it could go back to 39.6 percent—not a huge difference relative to other Biden proposals, but still one that must be factored into the calculus of overall tax liability, given the other possible changes brewing.

That will likely create some issues for more people, given they’d have to restructure their personal assets if they fall into that bucket. Where it really might impact you is if life insurance is a big part of your estate. At $3.5 million, if you have a retirement account, life insurance, and a home, you might be there already, especially for those who live on the coasts.

Caps on itemized deductions. One other measure that could gain support calls for placing a lid on itemized deductions, limiting them to a 28 percent tax benefit. One of the bigger potential fallouts from that could involve charitable contributions. While I don’t believe people base their philanthropy on tax benefits, it’s worth noting if you’re in the 37 percent bracket and you donate $100 to a charity, today it really costs you $63. With the 28 percent cap, that goes to $72. That may not be enough to dissuade anyone from practicing philanthropy, but the incremental difference could potentially alter calculations about how much to give.

Survivor’s step-up in basis benefit. This is another big thing out there, involving the potential to tax gains upon your death. As proposed, the free step-up in basis for your heirs would be eliminated. If you owned shares of XYZ Corp. worth $2 million, and you bought them for $200,000, you have a $1.8 million gain and your final tax return would include that cap-ital gain. That’s huge. Right now, heirs get to step up the basis on XYZ Corp to $2 million with no income tax. Taxing unrealized gains at the full amount could cost even more based on a new (and presumably higher) individual income-tax rate.

More significantly, a lower estate-tax exemption, with a higher capital-gains tax piggy-backed on, could leave your estate looking at an effective tax rate of close to 66 percent. Not surprising, then, a lot of people are already thinking about how their business ownership is structured and considering longer term dynasty trusts. As you can see, the changes could be broad—and hugely impactful.

If you haven’t already begun discussions with your tax or wealth adviser about strategies to manage your tax-risk profile, this would be a good time to start.