Waddell & Reed Laying Off 150 In Midst of HQ Relocation Plans 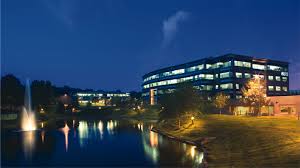 Overland Park-based Waddell & Reed is laying off about 150 people in its transactional-processing operations and will outsource those positions, the investment-management company’s officials said during its second-quarter earnings call.

The layoffs and move toward outsourcing are expected to be completed by the end of the year.

Asked during a second-quarter earnings call (transcript available here) about the layoffs’ impact, Chief Financial Officer Benjamin Clouse said “there really won’t be a significant bottom-line impact. Again, the savings created there, we are passing on to fund shareholders ultimately for their benefit.”

The measure comes after the firm announced in June that it was exploring the relocation of its headquarters from 6300 Lamar Ave., to a yet-to-be-determined site in Missouri. “With the progress we have made over the last two years, we are now in a position to look at the next phase of our business transformation focused both on organic and inorganic growth,” said Phil Sanders, Waddell’s chief executive officer, in a news release about the move. “As we look to the future, we must have a workplace environment that meets the needs of the workforce of tomorrow, enabling us to attract and retain top talent.”

Mike Klamm, managing director at commercial real-estate services firm CBRE, said he has not heard where Waddell might end up. CBRE is not involved in helping to find a new space, he said.

The long-standing border war, in which tax incentives are provided to companies crossing the state line to either Missouri or Kansas, is supposedly nearing a close, so Waddell might be trying to take advantage of last-minute incentives, Klamm said, as a natural way to improve its operating costs. “There might be a sense that it’s going to end, and if you’re going to get in, you should get in now,” he said, pointing out that tenants are seeking amenity-rich environments for their employees, and there are several such locations from which to choose around the metropolitan area.