Acquirer of Overland Park-based Waddell & Reed Financial Inc. has backed out of plans to move operations to a $140 million downtown Kansas City headquarters building currently under construction. A spokesperson for Waddell also confirmed 219 employees would be affected by planned layoffs.

The acquisition of Waddell & Reed Financial Inc. in late 2020 is beginning to have a clearer impact after a Tuesday announcement confirmed the company will not be moving into a downtown Kansas City building intended to serve as Waddell’s new headquarters. 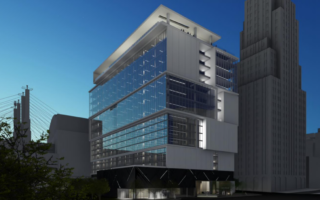 While the $140 million building at 1400 Baltimore Ave. remains under construction, Waddell & Reed’s $1.7 billion acquisition in December 2020 by Macquarie Asset Management has resulted in the company back-pedaling on plans.

Tuesday’s announcement also confirmed layoffs that were anticipated with the merger, which is set to finalize in April 2021.

Around 219 employees will be affected by the upcoming layoff, according to a spokesperson with Waddell & Reed who said all employees would be eligible for “comprehensive financial and non-financial severance benefits, including continued subsidized healthcare and outplacement services to assist them in securing new jobs.”