More testing has led to new cases, though Fauci says the next few weeks are critical to lowering the number.

The next few weeks are critical to tamping down a disturbing coronavirus surge, Dr. Anthony Fauci told Congress on Tuesday — issuing a plea for people to avoid crowds and wear masks just hours before mask-shunning President Donald Trump was set to address a crowd of his young supporters in one hot spot. 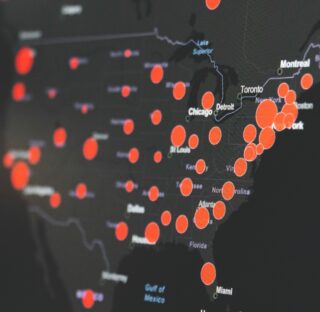 As the nation has seen an increase in testing and therefore a rise in the number of positive COVID-19 cases, Director of the National Institute of Allergy and Infectious Diseases Dr. Anthony Fauci is urging the public to continue avoiding crowds and to wear masks.

Fauci and other top health officials also said they have not been asked to slow down virus testing, in contrast to Trump’s claim last weekend that he had ordered fewer tests be performed because they were uncovering too many infections, according to the Associated Press.

“We will be doing more testing,” Fauci said to a House committee conducting oversight of the Trump administration’s response to the pandemic.

Fauci told lawmakers he understands the pent-up desire to get back to normal as the U.S. begins emerging from months of stay-at-home orders and business shutdowns, according to the Associated Press. But that has “to be a gradual step-by-step process and not throwing caution to the wind,” he said.

COVID-19 numbers increased Tuesday in several states, with Arizona, California, Mississippi, Nevada and Texas setting single-day records for new coronavirus cases, and some governors saying they’ll consider reinstating restrictions or delaying plans to ease up in order to help slow the spread of the virus, according to the Associated Press.

Part of the increasing concern comes from an increase in infections among young adults. While COVID-19 tends to be less severe in younger people, some of them do get very sick and even die, Fauci said. Younger people also may be more likely to show no symptoms yet still spread the virus, the Associated Press wrote.

Trump attributed the rise in numbers to the increase in testing, tweeting Tuesday: “Cases are going up in the U.S. because we are testing far more than any other country, and ever expanding. With smaller testing we would show fewer cases! “

About 2.4 million people have tested positive for COVID-19 in the U.S., according to data from worldometers.com on Wednesday.