The USDA has chosen 805 Pennsylvania Ave. as the new headquarters for its Economic Research Service and National Institute of Food and Agriculture offices.

Its decision follows a June announcement by the agricultural department that it was relocating the agencies to the Kansas City area and looking for about 150,000 square feet of class A space in either Kansas or Missouri for 568 employees. The six-floor 805 Pennsylvania Ave. was formerly occupied by Boston-based State Street Corp., which experienced layoffs at the beginning of the year. It was built by DST Realty (of former Downtown-based tech firm DST Systems ) and is owned by Penn Seven LLC. At 162,399 square feet, the building was marketed by Colliers International with a $22.50-per-square-foot lease rate. 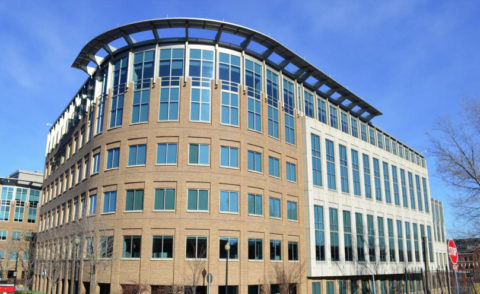 “Bringing these two important ag research agencies closer to the people they serve and the leading research institutions that support their mission is the right move,” said Republican U.S. Sen. Roy Blunt, of Missouri.  “There are tremendous opportunities and challenges ahead for the U.S. ag industry. In farm states like ours, ERS and NIFA can have a big impact on how farmers and ranchers operate every day and how they’ll move into the future.”

Though several Kansas lawmakers were hopeful that the USDA would choose their side of the border, efforts to bring the offices to the area was widely considered a bi-partisan push.

“Regardless of which side of the state line these facilities fall on, this move benefits our region as a whole, and positions these facilities closer to the people they serve,” said Kansas Rep. Sharice Davids, a Democrat.

The agency move by the USDA was met with widely publicized protests by many of its employees in the Washington, D.C., area, who were not willing to relocate.