Economic conditions unlike any seen for decades weigh on the minds of business owners and the banks who lend to them. 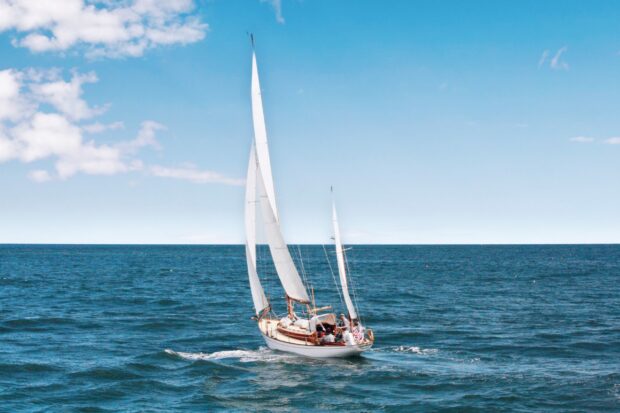 An economic tea-leaf reading in mid-2022 is starting to take on the precision of a late-night dart game at an Irish pub.

On the one hand, you have experts predicting that the Fed will have to jack interest rates well above peak inflation—currently north of 8 percent—in order to tame that beast. On the other, some are suggesting that with inventories bursting, the Fed will have to backtrack from recent hikes, and indications that more are coming, and will instead have to lower rates to stave off a deflationary period as retailers cut costs to move product.

Somewhere between those two extremes lies an accurate depiction of where the economy is headed, carrying with it uncertainty for business owners trying to measure the headwinds: Should I pull in the reins on spending and borrowing until there are clearer signals? Should I borrow now before rates go up? Will I be able to refinance if they go back down? Is my banker going to demand harsher terms of qualification standards?

From a historical perspective, we aren’t in completely unprecedented times: The last time inflation ran this high, the Fed countered with rates that pushed mortgages past 20 percent. Every day, though, there are fewer and fewer business executives with living memory of navigating those waters.

“We are in a unique position where the Fed is trying to get a grip on runaway inflation, reverse quantitative easing and gradually pull excess liquidity out of the economy,” says Joe Close, president of Country Club Bank. “There is not a ‘normal’ to compare it to. We have never confronted this combination of challenging variables.”

Recent Fed moves, including last month’s interest-rate hike of 75 basis points, aren’t yet evoking post-traumatic stress for those old enough to recall Paul Volcker’s Fed leadership. After all, says CrossFirst Bank’s president, Kristin Tyson, “some borrowers may not remember that in 2019 the average interest rate was 5 to 7 percent on loans, or back to early 1995, when the average 30-year mortgage rate was more than 9 percent. Interest rates still remain at historic lows.”

It’s really a question of perspective for many. “Some business owners may have little to no experience managing increased borrowing costs and prioritizing investment decisions, and they should look to their banker for guidance,” Tyson says. “I am optimistic that even as we return to a more normalized interest-rate environment, we will continue to see demand both from borrowers and from investors.”

It is tough to know, banking executives say, what the longer-term effects of rising rates will be and how long they will last. “This uncertainty,” Close notes, “causes hesitation in investment decisions, innovation, and strategic planning towards a focus on monitoring the short and long-term impact the increased rates have on their business. When you defer key decisions, it invariably hampers development and growth.”

In the short term, the effects are already showing up.

“Rising interest rates typically slow down new commercial construction and (capital-expenditure) investment, especially when coupled with rising cap rates as well,” said Paul Holewinski, president and CEO of Academy Bank. “We are starting to see this slow down generally in the market.

Kevin Barth, one of the region’s deans of banking, was a trainee at Commerce Bank the last time the federal funds rate was flirting in double digits, a time when the nation also was recovering from a spike in energy prices. Unlike then, the nation wasn’t confronting a supply-chain crisis like today’s, and the global economic impact of Soviet intervention in Afghanistan wasn’t producing the shocks of Russia’s current dalliance in Ukraine.

So anyone looking for historical parallels is advised to keep a broad perspective.

“It’s pretty clear rates aren’t going down any time soon; they’re probably going up,” Barth said. “But even if rates went down today, it wouldn’t do anything about the price of gasoline or fuel, and they won’t do anything to help iron out the supply-chain issues. If those things get worked out sooner, including in Ukraine, things might calm down. Otherwise, the Fed will probably have to increase rates even more.”

Like Close, he sees the potential for a pullback by business executives. “When rates rise this high, people have to adjust the way they look at a new project, new construction, new investments in equipment and facilities. You have to see if projects or investments pencil out and get a positive return with higher rates.”

If a company is starting a project that might not be done for a year or two with construction financing, he said, “they’re going to need to be careful. Who knows where long-term rates are going? People are more cautious when there’s not a stable interest-rate environment. It takes a while to adjust to that.”

That risk extends beyond loan integrity and into overall profitability itself.

“Right now, the Fed Funds Futures market is projecting a Fed Funds Rate of 3.25 percent at the end of the year, so another 150 basis points in rate hikes,” Holewinski said. “While it is impossible to predict with any certainty what an expected decline in origination volume would be if the Fed Funds rate goes to 4-5-6 percent, at these levels that would mean that the Prime rate would be between 7 percent and 9 percent, which is much higher than what the Fed has telegraphed, and the market is expecting in terms of rate increases.”

If that happens, Holewinski said, “I expect a broad-based decline in new loan originations maybe 20 percent to 30 percent from 2021 levels, and potentially higher for certain product types.”

Clearly, though, we’re not toeing that precipice just yet.

“To a large extent, it’s still too early to tell” what the rising-rate impact will be, said John Russ, president of commercial banking at UMB, the region’s largest by assets. “You’ve got all these different factors that are swirling out there, but largely, there’s been little effect yet.”

Only recently, Russ said, had customers called trying to lock in longer-term rates, but you could easily count those calls on one hand. “Obviously, people are paying attention and want us to break out the crystal ball and tell them. While rates are going up, we’ll be more diligent about how long we hold rates, but there’s no real change in behaviors just yet—just a lot of talk.”

So, where does all this leave executives assessing their capital needs?

First, said Close, “proactively identify bottlenecks in your processes. Be open to changing your business model to overcome stress points. Innovate and pivot. For stability, build and strengthen relationships with your associates, clients, business partners, and vendors.”

It is important, he said, to be realistic in your assumptions about input costs, consumer demand, material supply, and labor availability. “Run multiple scenarios from worst case, most likely to best case. Be realistic about the cyclicality of our economy. Use this to prepare and incorporate these scenarios into your strategic business plan. Downturns will happen, so proactively plan for them.”

Tyson, like most other executives, returned to the theme of relationships and the role they will play in any downturn.

“It is imperative for business owners to build a trusted relationship with their banker who understands their business,” she said. “As we witnessed during the pandemic, business owners need a banker who can help them navigate during times of uncertainty.” CrossFirst is working with clients to analyze the effect that multiple rate increases may have on their companies’ ability to service debt and the impact it may have on profitability, she said, and “this consultative advice can help business owners position themselves for opportunities as they arise during the next 18-24 months.”

Not every company, Barth noted, will face the same level of peril.

“Different businesses are more cyclical in a downturn,” he said. “We’re not predicting a recession, but feel that with prices this high, inflation this high, and rates this high, that’s certainly a possibility. So, we’re spending more time with customers in cyclical industries, making sure they know what to do if there is a significant downturn. Especially with cap-ex and equipment and facilities, because you’re adding a fixed payment, monthly or quarterly, to the company. You don’t want to get walled into that based on how you’ve operated the last 10 years.”

History, said Holewinski, “has shown in downturns that executives who recognize the challenges early and make necessary adjustments in their finances by building cash and cutting discretionary spending have fared the best going into and coming out of a recession.  Doing these two things to help preserve profitability and build a strong company balance sheet will help a business stand apart from an underwriting standpoint for new loans as well as position the business for growth if an unexpected opportunity presents itself.”

Again, said Russ, it’s vital that companies be proactive with their banks, be communicative, and update them periodically on what they are seeing at that customer level. “If you have borrowing needs in the future, start those conversations with your banker now. At the heart of any relationship is good communication and proactive communication.”