Women leaving U.S. workforce in numbers well ahead of men

From the onset of COVID-19 to present, around 2.5 million women have left the U.S. job market compared to 1.8 million men. Reasons cited for the sharp contrast include child care demands, layoffs and furloughs due to COVID-19.

The COVID-19 pandemic has significantly affected the U.S. female workforce, with 2.5 million women leaving the job market since the beginning of the public health crisis, compared to 1.8 million men, according to data from the U.S. Bureau of Labor Statistics. 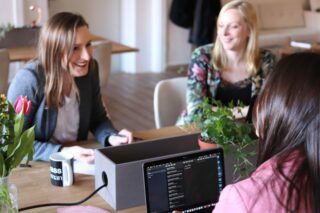 The finding comes as the latest jobs report from the bureau showed the U.S. added 49,000 jobs in January, although the gain is still below the 245,000 jobs added in November. The unemployment rate fell to 6.3 percent in January, compared to 6.7 percent in December.

While the U.S. saw job gains and a lower unemployment rate last month, only about half of the 12.1 million women’s jobs lost between February and April had returned as of September, according to an analysis by the National Women’s Law Center.

A Feb. 18 report in The New York Times cited demands of child care, as well as layoffs and furloughs during the pandemic, as contributing factors for many women leaving the job market.

Vice President Kamala Harris has called the number of women who have left the nation’s workforce a “national emergency” that must be addressed, according to the report.