U.S Inflation: What Next 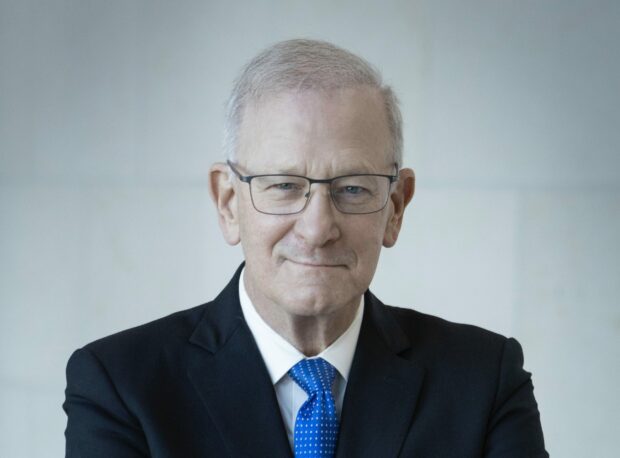 His comments below were given at the annual event on May 4 at Country Club Bank supporting the Benedictine College initiative, this year recognizing Ken Williams of Black and Veatch as the 2022 medal recipient.  A video of Hoenig’s comments can be viewed at https://www.ccbfinancial.com/publications/ccb

The economy is booming, and while real GDP declined in the first quarter, it was due in no small part to the strong consumer demand for other country’s goods. Our trade deficit subtracted more than 3 percent from GDP growth. And even so, it remains well above its pre-pandemic level. Also, unemployment is at 3.5 percent, and there are far more jobs than job seekers. Private demand grew 3.7 percent. But for all this good news, Americans appear to be uncertain, anxious, troubled. That’s what inflation of nearly 8.5 percent will do. It saps confidence. It means our dollar buys less this month than last, and unless my income is rising at a rate faster than inflation, our standard of living is falling. We Americans haven’t seen this kind of inflation in decades, and we have been surprised by it and are worried.

It appears that the Fed, who is responsible for money policy, misjudged price pressures in play over this past year, and has fallen well behind the inflation curve. The Fed’s explanation for waiting to address a rising inflation problem was its view that price increases were transitory, caused by temporary supply problems. The Fed being fixated on supply ignored demand factors for which it was directly responsible. During each of 18 months of economic recovery, the Fed purchased a $120 billion of Treasury and MBS securities, paid for with freshly printed money. In doing this it injected trillions of dollars of new money into the economy.

The result has been the emergence of high and persistent inflation across the country, with all its accompanying uncertainty and hardship for the average American.

With that in mind, I will share my perspective on the factors contributing to the inflation that has emerged so aggressively in these past months; and I will outline the steps I judge are needed to bring inflation back toward zero. What I suggest would not be pain or recession free, but it offers the possibility of inflicting less pain than waiting and hoping for supply issues to be resolved and inflation ended, as some suggest.

The pandemic inflicted a dramatic shock on the U.S. economy, devastating supply chains, destroying jobs and cratering aggregate demand. GDP collapsed by 10% between the first and second quarter of 2020. The unemployment rate increased from a low of 3.5% in January 2020 to more than 13% by May.

Determined to avoid the hardship that usually comes from a paralyzing recession, the federal government acted swiftly and dramatically to provide trillions of dollars of COVID relief funds to businesses, small and large, and to individuals. The Federal government increased its spending to nearly $6 trillion in each of the years of 2020 and 2021, more than 50 percent annually from pre-pandemic level. Moreover, the government financed this burst of spending entirely with borrowing.  As a result, the national debt increased from $24.5 trillion at the end of 2019 to $30 trillion in March of 2022. Such spending, especially against the reality of subdued supplies, risked an inflationary episode.

The Fed, in turn, contributed to the inflation outbreak as it enabled the government to borrow all the money it wanted at nearly zero interest rates to fund its programs even after the crisis ebbed and the economy began to recover. Only this immediate past March, did the Fed finally determine to end its purchases of government debt, as its balance sheet increased to $9 trillion from $4 trillion at the start of the pandemic. As a further reference point, in 2008 the Fed’s balance sheet was less than $1 trillion.

The policy had its intended effect. By the end of the third quarter of 2020, U.S. GDP was back near pre-pandemic levels and by the end of 2021 was 23% higher than in March 2020. A point that things might have ended well if both the federal government and the Fed had stopped or at least slowed their crisis policy. However, over the next 18 months as the economy recovered, policy remained highly expansionary. It is no wonder that inflation increased from a very modest 1.4 percent to 8.5 percent.

This massive increase in money gave permanence to what the Fed thought was only temporary. In just over a year, price inflation which was a modest 1.4% in January 2021 increased to a 40-year high of 8.5 percent, well beyond the FOMC’s 2% target range.

The most difficult aspect of the inflation surge to understand is why the Fed seems surprised by it. For months as prices moved higher, the majority of the FOMC argued that it was transitory caused by supply chain issues related to the pandemic. Even as the economy recovered and inflation started its climb, they maintained their crisis oriented monetary policy for nearly 18 months. More disturbing, still, in November of 2021 as it conceded that inflation was more persistent than originally thought, its policy remained expansionary.

From August 2020, the start of the recovery, to March 2022, when it finally brought its emergency program to a close, the Fed had monetized over $2 trillion of U.S. federal debt and mortgage-backed securities. Only, when prices were 8 percent higher than a year earlier did the Fed make a single, almost symbolic, 25 basis point increase in its policy rate. It then hinted that it might increase rates at least a quarter point at each of its next six policy meetings and would soon begin reducing its balance sheet, letting its holding of treasuries and mortgage-backed securities run off at maturity.

Even with these actions, the Fed remains well behind the curve in addressing the country’s inflationary surge and it remains unclear about its policy going forward. There is increasing chatter among FOMC members regarding the need to move more aggressively, and today they raised rates by 50 basis points, and there is a hint of similar increases in rates and reductions in its balance sheet. Unfortunately, there remains no defined path forward, and the public remains uncertain. Questions include:

• At what pace will the Fed raise rates?

• To what level will it raise them?

• And at what pace will it shrink its balance sheet?

• Would such actions cause a recession?

• Will the Fed allow the unemployment rate to rise significantly if necessary to  break inflation?

Obviously, the Fed cannot answer all these questions, but it can and should do a great deal more to reduce some of the uncertainty around its policy choices.

The Fed has limited options going forward if it wishes to bring inflation back toward 2 percent or lower. It must move its policy rate up, perhaps toward 4 percent. This would be a significant tightening of policy. It must also reduce the size of its balance sheet and its staff should provide an estimate of the pace this might be done without causing an unmanageable liquidity crisis.

It should implement such actions in a deliberate manner. For example, it might raise its policy rate to 2-1/4 percent by August. Given that this would represent a significant rate of change in policy, it could pause policy through September, allowing the lagged effects of the initial increases to play out. Depending on how quickly inflation is slowing, the Fed could re-calibrate its actions. If, for example, inflation was modestly but concretely trending down, it might conclude that it can meet its objective without further tightening and in doing so avoid a recession.

Alternatively, if during the pause inflation continues substantially above the target rate, the Fed will be justified in tightening policy (rate increase and balance sheet reductions), knowing that such actions would likely increase unemployment and cause recession. The goal for following such a policy path would be to act aggressively but then to allow time for assessing its effects. Once the economy begins to slow, the Fed will come under enormous pressure to reverse policy regardless of whether inflation is in retreat. While it is never easy to know when to change a policy stance, the Fed must resist pressure to reverse course too quickly. It must avoid easing policy before inflation is convincingly under control and well below its current rate of 8.5 percent. Only when this is accomplished, should the Fed begin to lower rates from constraint to a more neutral policy.

Whatever policy path the Fed chooses to end inflation, it must do so with balance and just as importantly with resolve.

The U.S. is experiencing the worst inflation in over 40 years. The pandemic was a factor but not the cause of 8.5 percent inflation; that was the doing of the federal government and the Fed. It’s too high now to be smothered easily or painlessly but it can be addressed if the country commits to doing so. It will require policy discipline and it may involve a temporary increase in unemployment and perhaps a recession. But one other thing history teaches is that the sooner we address this inflation problem, the less we will ultimately suffer higher unemployment and lost wealth.