A Supreme Court vote this week has allowed the extended 2020 Census count to end early, allowing the Trump administration to end census field operations, which it plans to do this week on Thursday rather than wait until the end of October.

The Supreme Court on Tuesday ruled that the Trump administration can end census field operations early, in a blow to efforts to make sure minorities and hard-to-enumerate communities are properly counted in the crucial once-a-decade tally. 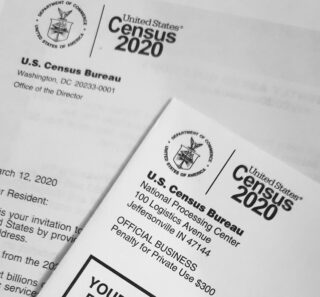 The decision was not a total loss for plaintiffs in a lawsuit challenging the administration’s decision to end the count early. They managed to get nearly two extra weeks of counting people as the case made its way through the courts.

However, the ruling increased the chances of the Trump administration retaining control of the process that decides how many congressional seats each state gets — and by extension how much voting power each state has.

The Supreme Court justices’ ruling came as the nation’s largest association of statisticians, and even the U.S. Census Bureau’s own census takers and partners, have been raising questions about the quality of the data being gathered — numbers that are used to determine how much federal funding and how many congressional seats are allotted to states.

After the Supreme Court’s decision, the Census Bureau said field operations would end on Thursday.