Voters weigh in today on future of KC earnings tax

Kansas City, Mo. voters will decide whether the one percent earning tax (e-tax) will remain in place. The tax applies to city residents and individuals who work in Kansas City, regardless of where they live. State law requires voter approval of the e-tax every five years. If voted down, it will be phased out over 10 years.

Today, Kansas City, Mo. voters will determine the fate of the one percent city earnings tax. 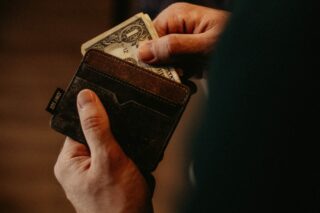 Also referred to as the e-tax, the tax is paid by city residents as well as non-residents who work in the city.

According to the city, the tax is not an increase. Instead, it’s a renewal on an individual’s earned income, such as salaries, wages, commissions, tips and other compensation.

The money goes towards several items, such as trash pickup, filling potholes, paying first responders and other city services.

A document posted on the city website claims the earnings tax generates just over $292 million. A financial hole caused by COVID-19 has resulted in a loss of revenue estimated at $23 million, according to the city, which expects the e-tax to bring in over $269 million for the new fiscal year set to begin May 1.

The earnings tax lasts for a period of five years. Voters previously approved it in 2011 and 2016. If the e-tax is rejected by voters, the city explained the tax will be phased out by 10 percent a year over a 10-year period.