When assessing the personal factors behind a decision to sell a business, don’t forget there are elements outside of your control. Ignore them at your own financial peril. 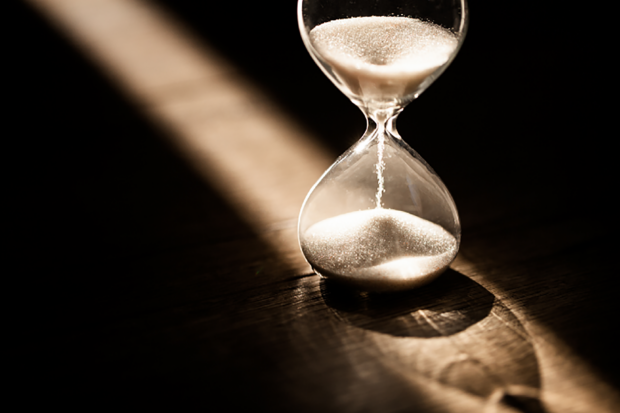 People who deal with business sales for a living can rattle off a number of indicators that tell you the time is right to sell your enterprise—and almost none of them good.

Let’s start with one positive indicator: A lucrative opportunity that emerges unexpectedly. While most anyone would be glad to hold the winning ticket in that lottery, this condition comes with a hefty caveat. It might indeed be time to sell if you stumble into the right offer.

The downside of that, though, is that years of preparation are required to position your company so you can, in fact, carpe that particular diem. Throughout the year, this series has explored those prerequisites, so we won’t go into them in detail here, but to quickly recap, they generally involve: clean and current books, updated tax and regulatory filings, work commitments from key personnel, documentation on ownership of land, equipment, buildings and IP, data that’s current, such as rosters of clients and prospects. For starters.

Now, it’s time to consider the timing of a sale. The downside motivators for a sale, unfortunately, can be depressing. Depression, in fact, is one of them: If your mental attitude is such that, after years of trying to build a business, your mind is as tired as your body, it might be time to check out. Or perhaps changes in your business model over the years have you running an organization you’d never have bought into if you’d known where it would lead. Or, even worse, if the market is moving against your business model.

The problem with each of those dark incentives to sell is that they are likely to start hacking a zero off the price that’s been floating in your head for years. And if all of them apply, it might mean you have to roll up your sleeves, rededicate yourself to the task, and get back to work to restore the true value of your business. The sale must either wait, or you may be risking the retirement lifestyle you’ve long envisioned. Understanding market forces, in fact, may be the biggest determinant in knowing when to sell.

A classic example of that comes from Texas lawyer Brent Cenkus, describing a publicly traded media company that spurned a $9 million buyout offer just as the Internet was about to change media forever. Five months later, all it could muster was a single offer for $1 million. Again, it declined. Within two years, that company was out of business.

That case involved a combination of factors outside the control of the corporate leadership. Foremost among them were technological advances, but also shifting consumer preferences—not just for the mode of delivery, but for the actual content itself. Do not think that those threats exist solely for dinosaur media companies. Tech trends and consumer choices of how, when and what to buy, and at what price, are affecting every company that makes a product or provides a service.

And they are going to become more pronounced. By 2025, demographers say, nearly half of the consumers in the U.S. will hail from the ranks of Millennials or Gen Z. At that point, the oldest Baby Boomers will be on the cusp of 80. If you’re not selling pharmaceuticals, mobility equipment or bathtub grab bars, the biggest consumer market in history could quickly dwindle away right in front of you. So it’s vital that you’re ready to make a move.

“A lot of owners think they can put price tag on a deal and be done,” says Kyle Danner of Kyle Danner Solutions for Family Businesses. “But the benchmark on timing and preparation is typically three to five years. Buyers want three years of financials and a bunch of other information. All that takes time to put together. Typically, you’ve got to think three years; others say five, even 10, depending on the condition of the business. And it’s typically 10 years for a family business, with a next generation involved.”

Mike Anderson of Bridgepoint IB, an investment banking firm, stresses the need for up-to-date financial information, and how the lack of it can completely disrupt an owner’s timetable to exit the business. “It really does depend on a company’s financial documentation—how much time can a CEO or CFO commit to pulling things together,” he said. Even after contacting a broker to start the process, he said, “you’ve got to plan on three or four months of preparation before you’re even ready to go to market.” For many owners, he said, trouble ensues if they aren’t engaging professionals in the business sale and transition spaces. Too often, he said, “they don’t have a professional running the process. It’s ‘my lawyer knew somebody.’ Now don’t get me wrong: I love lawyers, but it’s a shame when they don’t hire somebody who is specialist.”

Laura McKnight, director of practice development for Creative Planning, said many owners simply aren’t aware of pre-sale best practices. “What we see most of the time is that clients have a CPA, a wealth manager, an attorney and insurance all under one roof,” she says. “It becomes so much easier to evaluate not only the right timing, but creates as much value as possible when your ducks are in a row.” Owners should look at things with their business the way they might approach selling their homes, she suggested. “No one would ever put their home on the market if it’s falling apart,” McKnight said. “Get the right people in place, coordinated by one person, to get the plumbing and all the little things fixed before you have the inspector come in. You should be keeping the house in order through the life cycle of the business.”

Ed Wilson, a business transition specialist with Husch Blackwell, says that with any sale, “the elephant in the room is timing and organization. You can fix almost all of this stuff if you start well enough in advance and get things organized. If you do neither, you run the risks of more time, money and headaches, and you potentially scare off buyers when you’re trying to get an offer.” Doug Hubler of Apex Business Solutions says those who are less prepared to move in the short term shouldn’t think about waiting. “If a business owner does not have a succession plan and is thinking of selling in the next three to five years, or two to five, they are better off to approach market sooner rather than later,” Hubler said. “That’s just because of the uncertainty of where supply and demand are in the M&A world. Is capital still going to flow? Are more sellers going to come to market and drive valuations down? What additional investment does your business require to take it to the next level?”

Part of the calculus on timing, Hubler said, is determining whether you’re prepared to invest what’s needed to position the company right away, or whether you accept a discount and allow a potential buyer to make that investment. “A lot depends on the specific industry you’re in,” he said. “At a macro level, owners looking to transition their business would be well-advised to do it sooner. There’s no guarantee that if you start and evaluate where market is, you’ll get the right offer. But nobody says you have to close the deal—if the price is not right, pull it off the market, put your head down and continue forward for a couple of years.”

M&A activity, experts say, is closely correlated to the business cycle, so it’s no surprise that sales took off during the economic boom just prior to the COVID-19 recession. As of early October 2020, economic forecasters were expecting the third quarter to produce the biggest jump in GDP in the nation’s history, following the record-awful decline after the pandemic case counts exploded in April. If indeed the economy is poised to pick up where it left off earlier this year, activity that has been on a back burner could start to spike again in 2021, they say.

The question today for owners thinking about selling then, the experts say: “Am I ready to pull the trigger if I get the right offer?”

The clock is ticking on that answer.