After the Windfall: You’ve worked a lifetime to build a business, and now it’s time to reap the rewards. But have you considered the legacy you’ll leave behind for the community that helped you build that wealth? 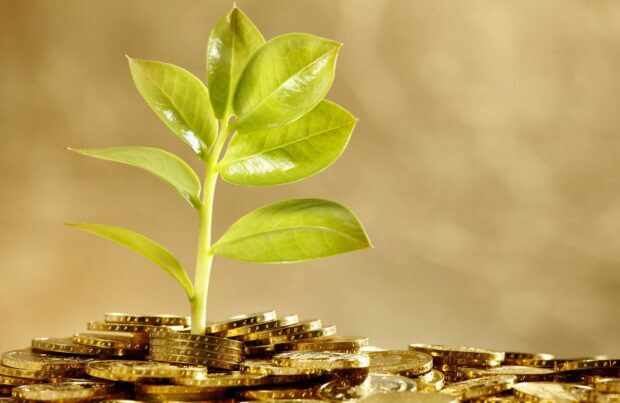 “It’s a very different kind of philanthropic model when you’re building a legacy with something that can last for generations.” — Laura McKnight, Director of Practice Development, Creative Planning

In the Hare and the Tortoise world of business ownership, there are darn few spring chickens. The average age of an entrepreneur at start-up is generally pegged at 42, so even if the venture generates strong growth within five or 10 years, retirement isn’t that far away. Same for anyone who has spent decades building an enterprise.

In either case, you’ve probably focused much more on getting to the point of a business sale than you have on what comes after. That’s Laura McKnight’s cue to do her best Arnold Schwarzeneger impersonation: “Beeg meestake.”

Often, says the director of practice development for Creative Planning, “owners have been so focused on the business for so long, and they are really excited to have the opportunity in the next chapter to get more involved in the community and support the causes they care about.” You know what’s coming, don’t you? “But,” she says, “they frequently discover that, ‘Wow, I really don’t know much about this.’ They built a business, and even if the business itself has been doing things to give back, or getting employees involved with charitable causes, in terms of their own personal philosophy, they discover that the learning curve for effective philanthropy is actually quite steep.”

Most owners simply don’t have the time during their working years to engage deeply in strategic aspects of giving, she says. So it’s important to think through a philanthropic legacy well before your deal is inked, and to fully grasp the vital distinction between traditional corporate philanthropy—board service, check-writing, company culture—and commitments that can flow from your newfound personal wealth.

So creating a structure for your giving is just as important as creating the structure that allowed your business to grow over the years. Chances are, that means it won’t be a one-man show.

“Putting a team together is important,” says Joseph Growney, partner at Lathrop GPM who specializes in estate planning. “You’ve got to have a good team, a board and the proper advisers in place and be comfortable delegating, not try to do everything yourself.”

Again, if you haven’t waded deep into the waters of the non-profit world, it can be easy to underestimate the challenges, Growney and other executives say. “People think they can do it because they have the time to spend now that they’re retired, but they don’t understand how difficult it really is—it’s its own business.”

McKnight says people can go wrong by being “too critical of themselves. A lot of people think ‘I’ve been giving to charity for years, the business has been giving for years; I should know how to do this. That’s not a fair self-criticism. It’s a very different kind of philanthropic model when you’re building a legacy with something that can last for generations.” There are several mistakes that show up regularly in discussions with financial advisers about setting strategies.

Among them, executives say:

The main thing to remember heading down this path is: You’ll soon be in a position to do good. There’s no reason to stress this. Enjoy it. Wilkerson said her foundation surveyed donors not long ago, people who had opened some of the $3 billion in assets the foundation oversees. “We found that the No. 1 reason donors choose to set up a fund is because of legacy,” she said. Philanthropy can bring multiple generations together, allowing family members to connect on a deeper level, Wilkerson said. “When our philanthropic advisers work with families, they start by asking about values. What’s important to each member of the family? In some cases, this is the first time they’ve sat down as a family and had a meaningful conversation about their beliefs, their goals and their hopes for the future.”

One important reason this chapter is important, Growney says, is that giving on this scale “speaks to something bigger that themselves. They’ve been successful in business, often creating generational wealth for their family. Now they are creating a philanthropic legacy that can go far beyond themselves and their families, creating lasting effect on their communities.”

For many in that new role, Growney says, “this is now our time to give back to the community that gave to us, or allowed us to do what we did for decades.”