The Value of Higher Education

Yes, the costs of obtaining a college degree have risen sharply. But the ROI for that degree stands strong, administrators say. 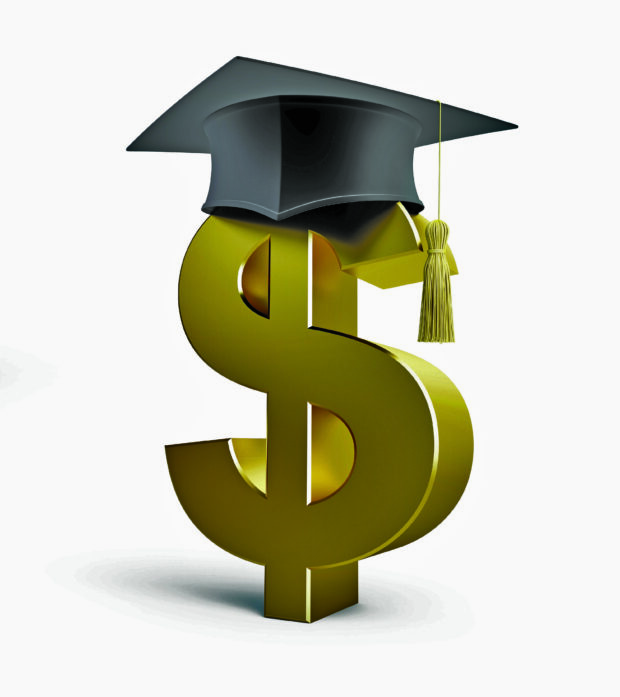 In assessing the value of a college degree in 2017, two fundamental truths must be taken into account: One, the costs of attending a four-year college for one year have indeed risen sharply. In constant dollars, they are roughly twice what they were 30 years ago, according to the National Association of Colleges and Employers.

The second truth, however, should dispel any claim that a degree isn’t worth the cost: Even factoring for the higher relative costs of that education, a degree-holder
today can still expect to earn $1 million more over a 40-year career than can a high-
school graduate. And that’s based on data from the National Center for Education Statistics.

“The economics are pretty straight-forward,” says Steven Minnis, president of Benedictine College in Atchison. “On average, students take out $30,000 in loans. Say you pay those off at $250 a month for 10 years. Well, if you end up making $1,250 more a month over the course of your career, that’s a pretty good deal.”

Minnis draws on a series of headlines dating back to the 1940s that show our collective fear of higher-education costs
is nothing new:

1955 —“Tuition and other costs may appear prohibitive to many parents.”

1966 —“Relatively few people can accept or cope with the spiraling costs of [college] education.”

What clouds the whole discussion of the higher education value proposition are not the total dollars, enrollment figures and averages extrapolated from them, but the underlying choices that students make. There’s little question that a  degree in engineering or data analytics will generate a substantial return on the investment. For someone who incurs $50,000 in debt to study 18th-century French poetry, the outcome will be entirely different, and likely, more disappointing.

Last year, research scientists for the College Board released a detailed analysis of higher-education trends and employment figures, a work called Education Pays 2016. Among the many insights from that thick publication, two stand out for their relevance to any discussion on the college value proposition. They can be drawn from two tables: The 50 most prevalent occupations for recent college graduates, and the 50 highest-paid occupations. The researchers found that:

Overall, though, Education Pays 2016 found that the 2015 median earnings of individuals with bachelor’s degrees who worked full time were 67 percent higher than those with only a high school diploma. And from a public-policy perspective, college graduates paid, on average, a startling 91 percent more a year in taxes.

They were less likely to need public assistance, whether for housing, food or healthcare, and they were considerably more likely to engage in volunteer activities. None of those broader, critical outcomes are baked into the data cake when the value of a college degree is assessed in terms of tuition and fees vs. career earnings.

“The value proposition of higher education is the high return on investment in students’ lives—I believe this is as true today as it has always been,” says Greg Gunderson, president of Park University. “What has changed over the past decade, however, is the price tag of higher education relative to consumers’ means to pay.” For the private college in Parkville, that’s meant an institutional drive to build a pricing model that compares favorably with public tuition prices, he said.

Garnett Stokes, provost at the University of Missouri, conceded that higher education’s value proposition “has had to modify over the last 10 years.” But so has the underlying education. “Technology, industry, and a globalized economy have demanded a greater focus on work-force preparedness and experiential learning,” she said.

Ron Slepitza, president of Avila University, noted that universities don’t operate in silos; what happens in the world outside their campuses shapes perceptions of the value proposition, especially in the past decade and during the Great Recession.

“Family incomes have risen only marginally, and the perceived cost of higher education has risen to the point where families are questioning its affordability,” Slepitza said. “While costs of higher education have risen, the amount that colleges and universities spend to subsidize that scholarships and the outright discounts institutions make to tuition have covered most of this increase. In fact, at most colleges and universities, over the last 10 years, the amount the institution receives in net tuition (the amount a family pays after scholarships, grants, state and federal subsidies) has not risen substantially.”

Beth Stroble, president of Webster University, suggested that figures drawn from a universe of both private and public institutions occlude some of the different value propositions each boasts. “Public, federal data about undergraduates at public and private institutions across the country reveal that publics and privates enroll similarly diverse students in terms of race and ethnicity and economics,” she said. But “private institutions award larger grants to students, and the average loans assumed by their students ($19,000) have remained stable since 2006.”

Moreover, she said, private students graduate at a higher rate with a shorter time to degree, and those students repay their loans at a higher rate than those who attend public universities. “Smaller class sizes, high-impact teaching and learning practices, and the personal attention of faculty and staff make the difference at a private institution,” she maintained.

Auguring in favor of a degree—especially one from a liberal arts program—Minnis said that “the world is becoming fact-rich and analysis-poor. This is exactly the kind of situation where a college education can thrive, and especially an education that combines the liberal arts and solid programs that prepare students for particular careers.” That’s why, even though it’s comparatively small in enrollment, Benedictine has made the financial commitment to offer majors in engineering, architecture and nursing. “Our alums become doctors, lawyers, bankers, and teachers,” he said, “but we also give them a grounding in critical-thinking skills so that they can process all the information available in the Internet age.”

Mark Wrighton, chancellor at Washington University in St. Louis, said higher education needs to do a better job of communicating that value proposition to parents, students and policymakers alike.

“Education is an acknowledged key to the long-term success of the country,” he said. “The rest of the world looks to the United States as having the best system of higher education—it’s the strength and diversity of institutions we have. We need to celebrate that, tout that and say there is an entry into higher education for all Americans.”

Yet that very diversity of institutions complicates the calculus of higher education’s value proposition, for the missions of public and private institutions are markedly different, and both are needed.

Private colleges, said Barbara Bichelmeyer, provost at UMKC, don’t have enough teachers and classrooms to produce the volume of graduates needed to meet work-force demand. “The public system is a necessity for that fact alone,” she said. She also emphasized the value of a land-grant mission at public research universities, saying they work hand-in-hand with local communities to use their capabilities for teaching, research and service to meet identified community needs. “So we are set up in a way that meets community needs by design,” she said.”

Slepitza, speaking for the private-college value set, cited a 2015 report called Cost Effectiveness of Undergraduate Education at Private Nondoctoral Colleges and Universities, by researchers William Zumeta and Nick Huntington-Klein. “It showed that a bachelor’s degree from a public institution is 6.4 times more costly to state taxpayers than a bachelor’s degree from a private institution,” Slepitza said. “Therefore, education, a public good, is delivered to many more students through the provision of education from private, independent universities at less cost to state taxpayers.”

There is, however, more to a degree than the underlying coursework that earned it, or their costs, Bichelmeyer said.

“A public university is the first stage of an economic pipeline as the foundation of local job creation and business growth. We educate students and prepare them for the work force. When they graduate, they land good-paying jobs. As consumers, they stimulate economic activity; and as taxpayers, they support the necessary activities of state government. When the state of Missouri reinvests a portion of that tax money into higher education, it primes the pipeline all over again.”

Beyond the economic churn is a social value that can’t be measured, she said.

“A true college or university degree is more than just job training. We educate future citizens by providing a core curriculum that preserves and passes on our culture and values to the next generation. Our graduates are engineers who appreciate great literature, physicians who attend and support symphony and jazz performances, teachers and musicians and entrepreneurs who are informed voters and involved citizens who understand the basics of physical and social sciences that affect our daily lives.

“Their lives are much richer and more rewarding as a result, and the value to society is immeasurable,” she said. “That’s something that a programming boot camp simply cannot provide. That’s why continuing public support for public higher education is so vitally important. It’s key to economic development, but much more than economic development is at stake.”