The Royals Fate: From Fear to Excitement 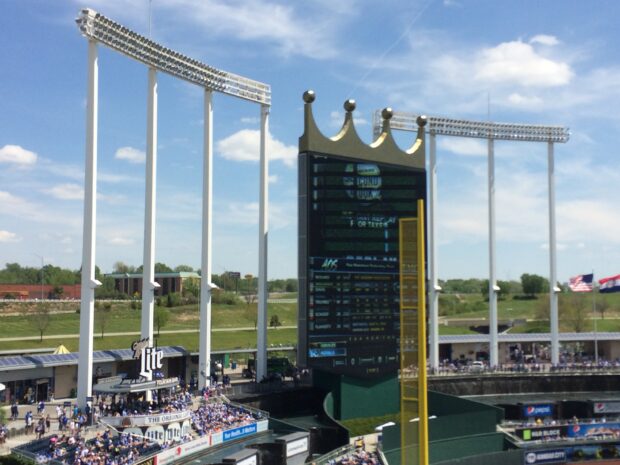 When Matt Condon first heard a rumor earlier this week that the Kansas City Royals were being acquired, his first reaction was: Uh-oh…

Then the CEO of Bardavon Health Innovations–and former chairman of the Greater Kansas City Chamber of Commerce–heard the potential buyer was John Sherman. That fear turned into elation. “When I heard the news, I was scared, and when I heard it was John, it was one of the more exciting things I’ve heard in recent history,” said Condon, who sits on the board of the Ewing Marion Kauffman Foundation, along with Sherman. “He’s a learner. He’s passionate, intense and thoughtful.”

Sherman is a minority owner of the Cleveland Indians, which have been putting the Royals to shame in the American League’s Central division since Kansas City’s 2015 World Series win. The long-time local businessman, now CEO of Kansas City-based financial-services firm MLP Holdings, founded Inergy Midstream in 1996. It went public in 2001 and was valued at $5 billion when it later merged with Texas-based Crestwood Holdings.

Sherman would be purchasing the team from David Glass, a former Walmart chief executive officer. Glass bought the team in 2000 for $96 million from the estate of Ewing Kauffman; it is now reportedly valued at more than $1 billion.

If Sherman makes the acquisition, Condon said, it will “change the conversation” about the prospect of a baseball stadium in the Downtown area. He said he last spoke to Sherman at a foundation board meeting and was unaware of any plans to purchase the Royals. Condon pointed to other cities with downtown ballparks (including Cleveland) and says “the excitement that type of environment provides, weaved into the community, is real.”

And if the deal doesn’t go happen for some reason, it’s bound to be part of the business community’s dialogue, Condon says.

“The idea has inspired a lot of us to think: ‘What am I doing?'” he said. “This has been a reminder that this kind of mindset has been part of our leaders back to Mr. Kauffman, all the way up to today.”