The Pipeline Runneth Over 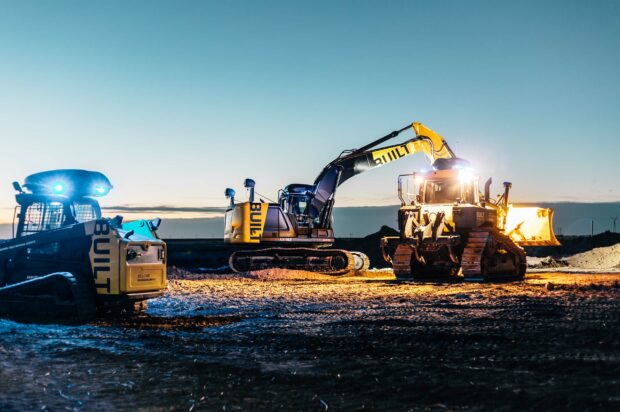 One need not go far back into history to find a time when the word “fantastic” was missing in action in the vocabulary of construction-industry executives. Well, it’s back in vogue.

Like other construction executives in the Kansas City market, Neidlein and his team have all the work they can handle, and all they expect to into 2020, and even 2021. While a five-year run-up in construction may be flattening in some markets, Neidlein said, “we do not anticipate significant change over the coming years.” Note the plural use: “years.”

And the good times are rolling for other large builders here. “Robust? Yeah, actually, with all the markets we serve,” says Chris Vaeth, vice president of the Kansas City business unit for McCownGordon Construction. “There are some areas we don’t play in, but in the ones we serve, everything continues to look strong,” he said. “And every indication, with a couple of key metrics, is looking strong to 2020 and ‘21 as good years with new work and good opportunities.”

Clearly, there was a backlog of work building through the Great Recession and years of 2 percent GDP growth. But since 2013, the lid has been blown off. But is that really sustainable, and if it is, what’s driv-
ing it?

“That’s a  great question all of us are trying to answer,” Vaeth said. “We still see a lot of opportunities and folks are still developing projects. Some were delayed heading into 2018-19, but they are still very viable.”

For McCownGordon, that means work in private development, K-12 educational facilities funded by voter-approved bond initiatives, health care and science/tech facilities and corporate office demands. Some of those, he said, “are not necessarily new projects, but they’re still in the works and will be hitting in the next one or two years.”

Steve Meuschke, vice president of operations for McCarthy Building Co.’s Kansas City region, acknowledged that looking out more than three years is a risky proposition. That said, the next couple of years are looking solid.
And yet . . .

“We talk about it all the time, it’s coming, right?” McCarthy said of the prospects of a slowdown. “It will, and we’ll adapt, but we learned a lot of lessons from the last one. People are building, they’re spending money, the plans are out there and things are happening now. We don’t see that downturn coming any time soon.”

The engineering and design sectors, he said, upstream of contracting work, would serve as canary in the construction coal mine. “But we’re talking with engineers and architects who would see it first, and they don’t see a lot of it yet. They’re really busy—as much as the contractors are. My guess, it’s not coming next year or two, and when hits, it won’t hit us for two or three years, given the volume of the work in place.”

Zach Loy, business development manager for the Kansas City office of Turner Construction, said that if you could rewind the clock by 12 months, “everybody was expecting some type of dip between ’19 and ’20, but we haven’t seen that yet. The market continues to be active; we’re optimistic that at a minimum, things will be steady through 2020, if not even a bit of an uptick. Every time we think it might be upon us, the market continues to chug along.”

If anything has cooled, Loy said, it’s in the higher-education sector, but K-12 remains solid for similar work. Some larger municipal projects are looming, and health care is a stable market, even if heavily built in recent years. “And of course,” he said, “the airport will put
a string on the labor market here—that’s a big project locally.”

McCarthy’s Meuschke looked at where the market is today vs. where it was before the recession started in 2007 and saw some parallels. But not a lot. “What I see right now: right before recession in 2008 is how busy it is now. That’s what we all keep talking about. We are busier now than were then, but we’re a bigger company now, so we have more work.”

And, like other builders, more experience managing the consequences of a sharp downturn.

“If it turns like it did in 2008, that’s hard,” said Dunn’s Neidlein. “But even if it does change, we don’t anticipate having a dramatic drop. We could see a flattening or dip, but the strategy we have is to diversify our work program, so if some markets are slow, we can have enough diversity and we’re not too invested in any single market.”

Sitting outside the general contractor space, companies like Herzog Contracting (rail) and Garney Construction (water/wastewater systems) are less impacted by those forces, but they are dealing with volume issues of their own.

“The construction arm of our company, which represents approximately 25 percent of our revenues, is currently over-committed for the next 30-36 months,” said Herzog CEO Brad Lager. “In fact, if we won another major project today, we would not be able to staff it.”

The overwhelming majority of the St. Joseph company’s construction work, he said, is based in Texas, Florida, and California, “where they seem to have found local resources to put with federal funds to build priority projects. Our biggest challenge as we look to the future is not the opportunity to find work—our challenge is to establish and develop the work force necessary to meet the work we currently have and what we believe we
will win in the future.”

In the past six months, Lager said, Herzog officials had held off on bidding certain work precisely because it lacked the people to adequately execute it. “Our problems are really good problems,” he said, “but nonetheless, they are still challenges.”

And while CEO Mike Heitmann isn’t challenging general contractors for project work, he is in the same space looking for the right people to address a full pipeline.

“Our biggest factor is the work force, in terms of the amount of work we can pursue efficiently and safety,” he said. “It’s really tough right now.”

As a consequence, wages are going up to attract and retain talent. “There’s a lot of pressure” on wages, Heitmann said. “I don’t have a problem with that, but in our line, there’s a lot of traveling involved. If you’re based in Kansas City, you may get a line on work in Manhattan, but with a very strong market and a lot of work, the worker who would travel two hours to a job might not do that any more because they can stay and move to another contractor and make the same money. That hurts more than having to pay more.”

That, in part, is because of the demand. “Things look pretty bright the next couple years but we’re 100 percent focused on water and wastewater. There is a lot of work on the books, a lot of opportunities in front of us.” Most of that, though, is not in the Midwest, but along the population-growth on the coasts, Gulf of Mexico and Florida. “We have no complaints,” he said. “Right now, the market is pretty strong.”