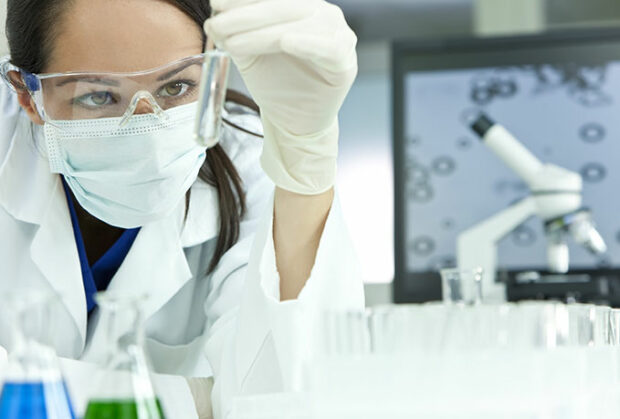 Back in the late 1990s, Kansas City rolled the dice on creating a life-sciences sector. Result? Jackpot.

Roughly 25 years ago, a kind of economic-development fever broke out in cities across the nation. Inspired by the success of the Triangle Park research center in North Carolina, civic officials began to ask: Why not here?

The goal of building a life-sciences sector from the ground up, however, proved far more complex—and expensive—than most imagined. Triangle Park
had something that few cities could count as assets, in the form of nationally known universities within a short distance: Duke University, the University of North Carolina, and N.C. State.

Most of those hoped-for research bastions never came to be. In Kansas City, it was a different story. A billion-dollar spark initially ignited by Jim and Virginia Stowers (an amount they would roughly double since then), provided an initial foundation for a vastly expanded research economy in this region with the founding of the Stowers Institute for Medical Research, which opened in 2000.

Access to research universities within 120 miles of the area, in Manhattan, Lawrence and Columbia, provided what Kansas City proper lacked, and the region also had an established research center right here in KC—the Midwest Research Institute, known today as MRIGlobal. Then came a focused effort from business and civic leaders that eventually led to the Kansas City Area Life Sciences Institute, which brings together stakeholders in that new economy to coordinate strategies for achieving larger, shared goals.

So with billions invested in the effort, what does the region have to show for it 14 years later? Plenty, actually.

Two of the largest returns on that investment have come in recent years with the University of Kansas achieving its prized national cancer institute designation. Already, that has yielded roughly 1,200 jobs, most of them high-paying, for including faculty, research support, clinical and administrative staff conducting clinical care and rese-arch into cancer causes and treatments, cancer center officials say. The overall impact was $346 million through 2011, and by 2016, that designation is expected to yield a total of more than 2,240 jobs and a regional economic impact of $1.93 billion.

Up the road in Manhattan, construction continues on the National Bio and Agro-Defense Facility, which federal officials awarded to Manhattan, Kan. next to the K-State campus in 2008, to replace the nation’s aging Plum Island research facility in New York. Over its first 25 years, an economic analysis projects, NBAF will generate more than $2.44 billion in direct and induced revenues in this region, along with more than 1,1,00 research-related jobs and a combined 25-year payroll of $1.35 billion. And that’s on top of hundreds of millions of dollars in construction-related revenues and payrolls.

Jim Spigarelli, the former CEO of MRI, led the R&D task force that audited the level of quality research being conducted at regional universities, hospitals, and research institutes back in 1998. The goal, he said, was to establish a baseline level to determine where this region ranked vs. other regions of the country, and was used as a benchmark for later success.”

“The task force found that ‘islands of excellence’ existed among area institutions, and that collaboration among institutions would give our region the critical mass to compete,” Spigarelli said. To oversee investment and foster collaboration, the task force recommended an independent not-for-profit organization be created, which yielded the Kansas City Area Life Sciences Institute. MRI served as its incubator, and Spigarelli was the founding CEO before turning the reins over to Bill Duncan.

In addition to the cancer-center designation for KU and NBAF at K-State, Spigarelli credits the institute for helping formalize the concept of an animal-health corridor between Manhattan and Columbia and helping establish the Kansas Bioscience Authority, two other initiatives that have added to the region’s critical mass in life sciences.

Today, the institute says more than 2,000 scientists are at work in the region, with more than $550 million in annual research expenditures at its stakeholder institutions: KU, K-State, MU, UMKC, Children’s Mercy Hospitals and Clinics, MRIGlobal, Saint Luke’s Hospital, the Stowers Institute and the Kansas City University of Medicine and Biosciences.

That collective effort has led to higher status for research facilities, more grants awarded from public and private funders, recruitment of highly respected researchers, and expansions of facilities and programming.

At a more granular level, the research has been involved in such wide-ranging studies as:

The key to continuing that success across the region is the lifeblood of research—funding. Despite the cuts in federal funding last year because of the sequestration measures, research funding at KU actually rose in 2013, said Paul Terranova, president of the KU Med-
ical Research Institution and vice chancellor for research at KU Med Center.

The true impacts of sequestration, he said, will take a while to filter down to research institutions, so it’s hard to judge the true impact of the cuts at this point. In the meantime, Terranova said, “Our faculty are still submitting a lot of applications to various agencies,” to help maintain funding. “But I think we’re also being more conservative within our own internal budget development. We need to be able to forecast correctly, so we have to take look at how we forecast whether that model still works. We’ve never had a year where we’ve forecasted more than actually came in.”

One strategic move that is paying off, he said, was the combination of the technology transfer offices for KU and KUMC. That, Terranova said, had yielded operational efficiency and stimulated a sharper focus on commercializing discoveries.

“We’ve had quite a few of those,” he said, pointing to a drug that treats children who have trouble regulating their blood pressure. “But we have a lot of ex-
citing projects in the pipeline,” he said.