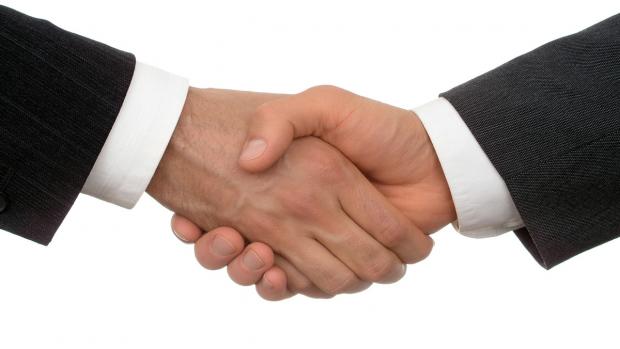 “If you’re going to be thinking, you may as well think big.”— Donald Trump

Fitting, perhaps, that we cite the nation’s designated deal-maker-in-chief—who closed on the biggest deal of his own career last Nov. 8—as we survey the top-dollar transactions around  the regional business scene in Kansas City for 2016. The occasional billion-dollar deal throughout the year was interspersed with plenty of nine-figure transactions, reshaping the local economy in ways both impactful and subtle. Leading the way: 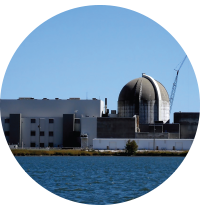 The biggest deal of the year, hands down, came in May, when Great Plains Energy announced a $12.2 billion deal to acquire its neighbor to the west, Topeka-based Westar Energy, the major utility serving central and eastern Kansas. Now the question becomes: Does it remain a done deal?

When he announced the acquisition, Great Plains’ chairman and CEO Terry Bassham said “the combination of our two companies is the best fit for meeting our region’s energy needs” for a combined 1 illion customers in Kansas and Missouri.

Regulators in each state, however, took a less optimistic view of the union, particularly on the Kansas side. The Missouri Public Service Commission, after initial mild skepticism, signed off on the deal with a few modifications to protect customers in the state from bearing the costs of any under-performance by the Kansas operations. The Kansas Corporation Commission, however, expressed serious reservations about what it saw as lack of detailed evidence to support the claims that the merger would lower electricity costs, and suggested that Great Plains was overpaying Westar’s market value by $2.3 billion. In December, the KCC’s staff said it couldn’t recommend approval of the acquisition as currently structured.

That didn’t kill the deal, but it will make navigation to completion a bit more challenging for Great Plains Energy. Its spokesman, Chuck Caisley, insisted that “there’s not a better deal out there,” to satisfy Westar’s interest in an acquisition. “This preserves local control. This generates savings,” he said—and if the deal ultimately is not approved, Westar would eventually be sold in any case. Just not to Great Plains. 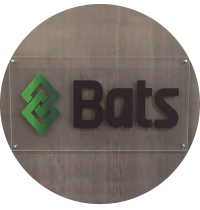 We’re a proud lot in Kansas City, but it’s a sense of understated pride; chest-thumping is kept to a minimum—especially when we’re clearly superior to major population centers with respect to things that really matter in life: housing prices, for example. Barbecue. Or more recently, pro baseball and football.  Perhaps that reluctance to boast about the good things going for us is why we take things a bit personally when we see some of the local glitter flittering away, and losing a national company headquarters falls into that category. For a decade, we cheered as a tech-savvy underdog, Bats Global Markets, roared from startup in 2005 to billion-dollar revenues in just a few years, and then to status as the world’s second-largest equities trading platform, surpassing the venerated NASDAQ as the trading marketplace for shares of innovative companies.

But, like all good things, this one came to a next chapter, if not an end, when officials announced in September that Bats would be subsumed into the Chicago Board Options Exchange, a deal valued at $3.2 billion. While Bats’ executives insisted that the Kansas City-based human capital behind its rise to prominence would remain on board and continue to drive innovation for the new parent, and that it would retain a presence here, the region loses that headquarters claim to financial-services prominence.The sale came just months after Bats executed its initial public offering of stock, a deal that produced seven- and eight-figure payouts for some of the directors and senior managers who built the company. 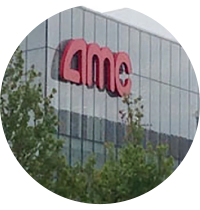 This one falls into the subtle-change category. You might not feel it when the previews start or when the credits roll, but when you check out a new blockbuster film at an AMC Entertainment theater in 2017, your eyeballs will be feted by the world’s largest entertainment company, in terms of screens operated. Two deals totaling more than $1 billion each  during 2016 gave the Leawood-based company that distinction. The first came in November, when AMC formalized its $1.2 billion acquisition of Odeon & UCI Cinemas, a British giant that added 2,243 European screens to AMC’s global count and made it the world’s biggest screen operator.
The domestic title was formalized in December, when regulators signed off on the $1.1 billion acquisition of Georgia-based Carmike Cinemas, which added 2,917 screens to AMC’s domestic count of 5,295, That made it the nation’s biggest operator, with more than 8,200 screens. Both deals were further proof that we do, indeed, live in a global economy: AMC itself is now owned by Dalian Wanda Group, the Chinese entertainment conglomerate that bought the company in 2012. 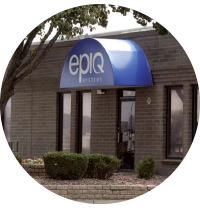 In a bit of a parallel to the Bats’ story, the region also lost its claim last year to being the home of another innovative public company that leveraged technology to play on a global stage. This time, it involved EPIQ Systems, which only a year earlier had made its 13th (and, as it turned out, final) appearance on Ingram’s Corporate Report 100 list of the fastest-growing companies based in the Kansas City region. And by the end of 2015, it had cracked the $500 million revenue mark for the first time. That kind of size and consistent growth will eventually attract attention of deep pockets and acquisitive eyeballs, and in July, Atlanta-based OMERS Private Equity announced that it would spend roughly $1 billion to buy EPIQ. From its origins in Kansas City, Kan., EPIQ had grown into a global provider of integrated technology and services for the legal profession. 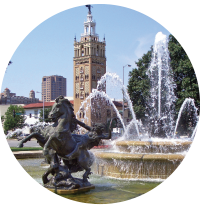 It’s the crown jewel of retail and nightlife in Kansas City, so it was quite natural for parochially inclined eyebrows to arch a bit in late 2015, when Highwoods Properties announced that it would put the Country Club Plaza up for sale.
Those 14 square blocks and 1.4 million square feet of retail and dining space hold a special place in the hearts of Kansas Citians, not just for their shopping and entertainment allure, but in large part for the fond childhood memories of pushing away from the Thanksgiving table to go see the Christmas lights come on and celebrate this region’s official start of the holiday season. Highwoods itself had been on the receiving end of similar skepticism in 1998, when it bought the Plaza from the original hometown, developer, J.C. Nichols, for $560 million. As 2016 dawned, Highwoods announced that a new entity called Country Club KC Partners would snap up that real estate for $660 million, easily the biggest regional real-estate transaction of 2016 (but in retail realty terms, what must have been a disappointing return, 17 years after the initial investment). The new ownership group is made up of two large companies with histories in retail-center management and investment—Macerich, a REIT based in Santa Monica, Calif., and Taubman Centers of Bloomfield Hills., Mich. 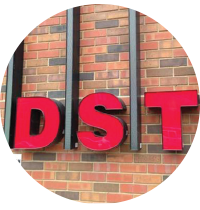 The biggest nine-figure deal you might have overlooked in 2016 involved a sale by DST Systems, both a major employer and a civic anchor in Downtown Kansas City. DST provides business data services for corporate clients working in the asset management, brokerage, retirement and healthcare sectors, but the company determined that it its long-term interests required divesting its customer communications unit for an impressive $410 million. This sale was no small consideration: The communications operation accounted for 40 percent of DST’s 2015 revenue—a hefty $1.1 billion. But Steve Hooley, DST’s chief executive officer, said the company’s strategic focus was being sharpened on the healthcare and financial services sectors. The communications unit, and its primary functions in print and mail activities involving customer and investor communications, was seen as part of a business model challenged with long-term secular decline. The buyer? New York-based Broadridge Financial Solutions. 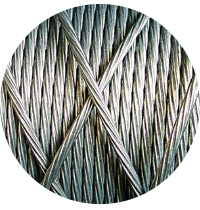 As oil prices started to ebb from their midsummer highs of $115 a barrel in 2014, the aftershocks began to ripple around the world. First up were the companies that deal in transporting and processing petroleum products. Then came the cutbacks in the oil patch, as the domestic rig count fell from 1,931 in September 2014 to just over 500 by the same month in 2016. All along the way, suppliers were feeling the pinch, too, and one of them had long called the Kansas City region home. WireCo World Group, which manufactures wire rope and other products for industrial clients around the globe, ran in to a major cash crunch in 2015. This, after years of growth that put it among the region’s fastest-growing companies as recently as 2011. But by mid-2016, it was clear that a recapitalization was needed. That came in the form of a $260 million infusion, which bought controlling interest for Canadian-based Onex. With that deal, the region loses claim to being the headaquarters home of WireCo, which ranked No. 31 among the region’s 100 largest private companies in 2016. 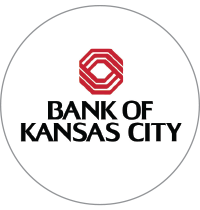 By the time Bank of Kansas City, a subsidiary of Oklahoma-based BOK Financial, closed on its $102 million acquisition of Missouri Bank & Trust Co. in November, the Kansas City region was well-prepared for the news: after all, the deal had been announced the previous December, not long before year-end. Based on FDIC figures as of last June, the union created a new No. 10 on the region’s list of largest banks, ranked by deposits, and an entity on the threshold of $1 billion in deposits. That’s an impressive breakthrough for the parent company out of Tulsa, which entered the regional market in 2006 and almost immediately had to fight the headwinds of the harshest economic downturn in half a century, and a financial-services climate that has reduced the nation’s count of commercial banks from more than 7,000 at the onset of the 2008 financial crisis to roughly 5,100 by year-end. 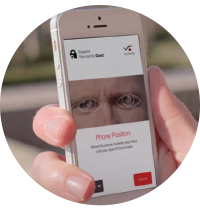 Civic boosters want to redefine Kansas City as the City of Entrepreneurs, pointing to a proud history that stretches back a century and enfolds names like Hallmark, H&R Block, Cerner and Bats Global Markets. They all made it to the billion-dollar revenue club, and business executives frequently ask: Who’s next? That pursuit has yielded a tech sector that has grown sufficiently fast and wide to earn this region the moniker Silicon Prairie, but it may be a while before we witness the next company to join the 10-figure revenue club. Still, tech is affording us a new perspective that says maybe, just maybe, we can start to see that future from here. The biggest example of that in 2016 was the sale of EyeVerify to Alibaba, perhaps the world’s largest on-line commerce company. Founded in 2012 by local entrepreneur Toby Rush, EyeVerify was based on an innovative approach to digital security, potentially steering us from the 20th-century construct of passwords, and toward a new generation of biometric security, relying on eye scans that can be captured by a smartphone. Upon news of the sale, the company cautioned that you can’t believe everything you read—and what was being routinely printed suggested a $100 million sale price. If so, that would easily make it the region’s biggest tech-related transaction of 2016—and fodder for hopes of much more tech innovation to come here.

The Biggest Deals: Other Notable Deals

Of course, there were a lot more headline-inducing transactions around the region, but without disclosure of the costs, it’s harder to tell which are not just financially bigger, but potentially more significant for the Kansas City business scene. Among them:

In addition to the sale of the Country Club Plaza, there was plenty of action on the real-estate front in 2016. Among the biggest deals of the year in construction and development: