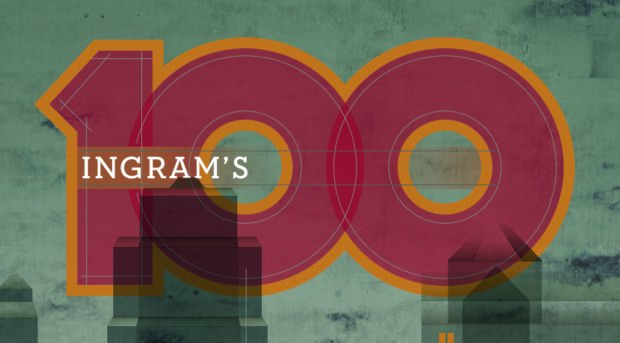 Agribusiness-heavy at the top, the Ingram’s 100 list is remade after some of Kansas City’s largest private companies are acquired by national and global enterprises.

As if anyone needed evidence of Kansas City’s role in the worldwide food value chain, the Ingram’s 100 has a fresh look at the top this year: Two of the top five companies, and three of the Top 11, are gone from last year’s list, going the way of Top 20 company Bartlett & Co. the year before.
Among the missing this year are last year’s No. 3, National Beef Packing, and No. 5, Lansing Trade Group. The $7.5 billion National Beef operation was acquired by a Brazilian company, and The Andersons, which previously held a minority stake in Lansing Trade, acquired that $5 billion grain storage and transportation company.
Those acquisitions came on the heels of a Utah company’s acquisition of the $2 billion Bartlett enterprise that had operated in Kansas City for nearly a century, and Ash Grove Cement, a $1.4 billion concern. And, in the parlance of The Avengers, this year’s list of The Vanished includes Payless Shoe Source, which had another fling, this one more of a grand finale, in bankruptcy court, and is no more.
Two more acquisitions claimed last year’s Nos. 84 and 92—Tradewind Energy (bought by Spanish energy giant Enel) and Company Kitchen, the former Treat America, now part of the public Compass Group, based in North Carolina.
Those departures opened the list up to some companies that are making a big splash with revenues approaching billion-dollar status. They include Custom Truck One Source, the heavy equipment solutions provider for trucking and transportation, and two companies that return after sitting out a few cycles—Herzog Contracting parent William E. Herzog Enterprises and LMH Health, which operates the former Lawrence Memorial Hospital.
Others debuting this year are health-care services company Wellsky, IT solutions firm Technology Group Solutions, trucking logistics manager D&L Transport, law firm Spencer Fane and residential home-building king Summit Homes.
Our year-over-year growth champion is Technology Group Solutions, founded by CEO Lenora Payne in 2005. The IT services company added an astounding $60 million to its top line, soaring past the traditional $100 million baseline for the Ingram’s 100, and weighing in at No. 82, with $142 million in sales. That burst of 42.28 percent was enough to hold off U.S. Engineering, which logged 32.57 percent annual growth. The only other company to surpass 30 percent growth was Scott Kincaid’s Kincaid Group, the Shawnee holding company for interests in bus transportation, motor coaches, ready-mix and IT units.
Losing such heavyweights near the top proved to be a drag on aggregate revenues for the full field of 100; they came in this year at $106.93 billion, down from $111.38 billion in 2018.
INTERESTING FACTS: