Stueve Siegel Chalks Up Huge Win in $1.5B Equifax Case 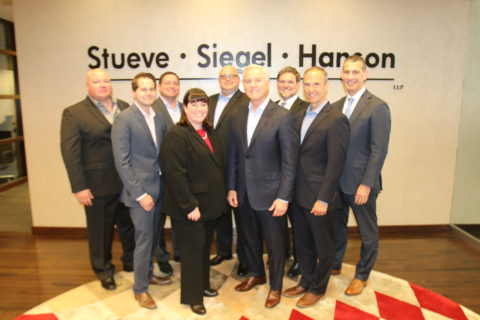 One of Ingram’s Best Companies to Work might now be an even more attractive workplace.

Law firm Stueve Siegel Hanson LLP, of Kansas City, was the lead counsel on a class action settlement by credit-reporting firm Equifax relating to a 2017 data breach that reportedly compromised the personal information of 147 million people. The settlement, in its several facets, is valued at just over $1.5 billion.

Attempts by Equifax to have its case dismissed were defeated in January, which stepped up efforts to resolve the dispute.

“We knew that we wanted to resolve the case as soon as possible for the highest possible consumer relief,” said Norman Siegel, a Stueve Siegel Hanson partner, in a press release, who served as chair of the settlement. The other firms involved were Doffermyre Shields Canfield & Knowles LLP, in Atlanta, and DiCello Levitt Gutzler LLC, in Chicago.

The settlement includes $505.5 million to pay “benefits for cash compensation including time spent dealing with the breach, credit monitoring, and assistance with identity restoration,” according to the release by the law firms. Equifax will also spend $1 billion overhauling its security practices over the next five years. Total coverage toward consumer losses could hit around $700 million, according to reports.

Stueve Siegel has been involved in other high profile data-breach litigation matters, including one involving Target Corp., in 2013, and another involving The Home Depot, in 2014.