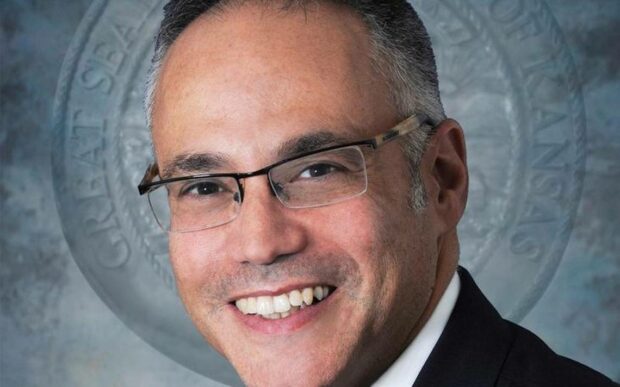 Kansas Gov. Sam Brownback has announced Antiono Soave’s resignation as secretary of the Kansas Department of Commerce, effective immediately, to pursue business opportunities in the private sector. Soave had served in that role  since November 2015.

Nick Jordan, who has previously served as secretary of the state’s Department of Revenue, will serve as interim secretary, Brownback’s office said. Most recently, Jordan has been head of the Governor’s Economic Advisory Council.  The search for Soave’s permanent replacement begins immediately, Brownback said.

“Secretary Soave added great vision to the Department of Commerce,” Brownback said in a news release announcing the move. “He brought enthusiasm for entrepreneurship and experience working with businesses in a wide range of industries. We wish him well in his new endeavors.”

Soave is credited with overseeing the department’s creation of Jump Start Kansas Entrepreneurs, focused on helping small businesses grow, and with directing the launch of Kansas Commerce Magazine, which is published quarterly. He also paid special attention to working with military installations in the state to assist with soldiers transitioning into the work force.

“It has been an honor to serve the state of Kansas in this capacity,” said Soave said  “We have been able to move Kansas forward through our extensive marketing and business-to-business efforts whereby the Kansas Department of Commerce has been able to serve as an effective conduit, convener and connector of people and companies. I am most grateful for the opportunity to help advance the Kansas economy.”