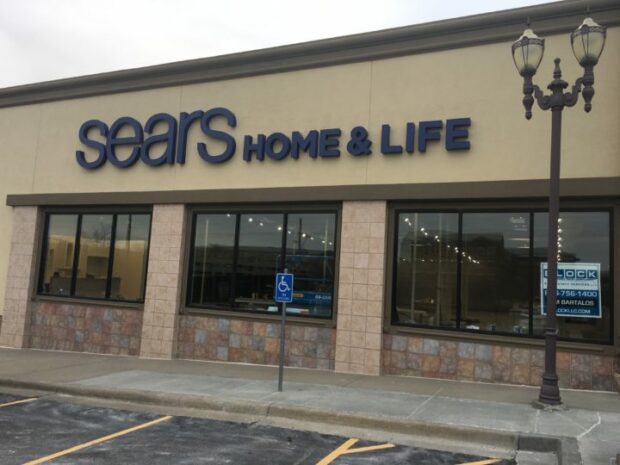 We’re so used to hearing about Sears Holdings (and retailers in general) closing stores lately that it came as an unexpected surprise when the company, relatively fresh out of bankruptcy, announced it was testing a new concept.

Overland Park–specifically 6327 W. 119th St.–is one of the places where we’ll find out if the concept works out better than Sears’ traditional stores have fared over the years.

The company chose the 15,000-square-foot location, home of a former Crowley Furniture store, for one of three Sears Home & Life stores, which will sell large and kitchen appliances, mattress and smart-home products. The other two locations area in Anchorage, Alaska; and Lafayette, La.; in the south-central part of that state. All three are opening on Memorial Day weekend, and Sears is looking at additional locations nationwide.

With Home & Life, Sears is targeting baby boomers and “young forming families,” Larry Costello, public relations director of Sears and Kmart, told Ingram’s. “We know who our members are and are very involved in communicating with them,” he said. “We have a strong and loyal following in Kansas City, and we wanted to maintain that.”

Sears currently has one full-line store left in the Kansas City area, at Independence Center, and two Sears Appliance Outlets, one in Kansas City, the other in Lenexa.

Other than the products sold in Home & Life, employees will be available for questions about home-improvement solutions, and there will be a kiosk available for customers to order any item from Sears.com and have it delivered either to the store or their residence.

A retailer would be hard-pressed to find a better spot than that area of 119th Street, said Mike Sonnenberg, a partner at Overland Park-based commercial real estate brokerage firm NAI Heartland.  “They’ve certainly picked a good general location, and the demographics lend themselves well for that kind of use,” he said of Sears. “They’ve got good taste in retail real estate.”

It’s a tenant’s market right now in commercial real estate due to the many store closings across the retail industry, Sonnenberg observed. “We’re just not seeing that organic growth of retail tenants over time like we used to.”

It remains to be seen if a new Sears concept, of all things, can contribute toward reversing that trend.