June index rose in multiple areas for both Missouri and Kansas.

Creighton University’s Rural Mainstreet Index for June was released today, and if it showed anything, it showed that things in the rural heartland could be worse: After all, they were—in May. 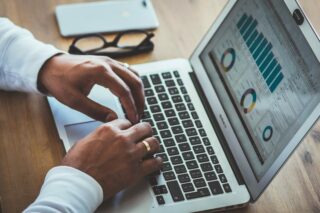 The June index, based on surveys of bankers in a 10-state region including Missouri and Kansas, rose significantly in multiple areas, relative to the scores from the previous month. But in each case, the reading was substantially below levels that indicate growth.

It was the third straight month the index reflected recessionary economic conditions, with the overall index rising to 37.9. That’s up sharply from 12.5 percent in May and the record low of 12.1 percent in April, but still well below growth neutral. The index ranges between 0 and 100 with a reading of 50.0 representing growth neutral.

“Even with a slight recent rebound in prices, farm commodity prices are down by 7.3 percent over the last 12 months,” said Ernie Goss, Chair in Regional Economics for Creighton’s Heider College of Business.  “As a result, and despite the initiation of $16 billion in USDA farm support payments, only 3 percent of bankers reported positive economic growth

Among the survey’s findings for June, the report said: