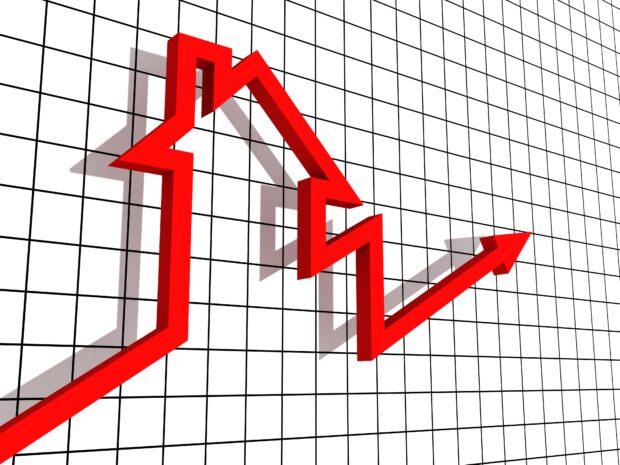 For starters, builders and realty professionals just finished their best year since pre-recession 2007. The trend is fueled by a combination of basic economic factors including supply, demand and cost. 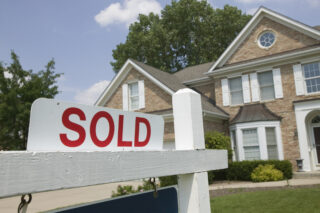 “As recovery gains its footing … prices should continue to rise. It seems like the only thing you can count on is that now would be the time to make your home purchase.” Brenda Oliver, president, Kansas City Regional Association of Realtors

“As recovery gains its footing … prices should continue to rise,” noted Brenda Oliver, president of the Kansas City Regional Association of Realtors. “It seems like the only thing you can count on is that now would be the time to make your home purchase.”

Another factor is the Federal Reserve Bank’s continued lowering of fundamental interest rates and security purchases. Long-term interest rates are actually lower this year than last year. Many fear they will miss an opportunity to buy homes that are still priced 20 to 30 percent below the highest values of 2006, while financing at the lowest interest rates in history. Some change already appears underway, but this is still a good time to consider a real estate investment, experts agree.

And many people are acting on these realities. The inventory of existing homes for sale in the Kansas City market fell 14 percent this year compared to last. The supply of new homes was also down by 12 percent from 2012 to 2013. In calendar terms, this home inventory should last less than five months—a full two months less than this time in 2012. That’s significant, because when the supply of new and existing homes dips below the 6 per-cent that is considered balanced, we are in the realm of a seller’s market. That hasn’t happened for several years.

The picture is generally positive throughout the region, with seven counties showing improvement over 2012 in terms of building permits. The largest increases were on the Kansas side, in Johnson and Wyandotte counties. On the Missouri side, Kansas City continued as the top permitting community. Significantly, much of Kansas City’s growth was in the Northland areas of Clay and Platte counties.

Other top cities for permits included perennial leader Overland Park, which was second in terms of permits, while the unified jurisdiction of Kansas City, Kan./Wyandotte County came in third—and that growth was especially notable because the area did not even make the listing of top 10 cities in January 2012.

“It’s been more than three years since we had that many,” noted Sara Corless, executive vice president of the Home Builders Association of Greater Kansas City. “The improving economy and pent-up demand has reduced new home inventory significantly. It’s nice to be encouraged again.”

These trends are already bringing some impact to housing costs. New and existing home prices in January 2013 averaged $154,814—a 5.6 percent increase over January 2012. All counties except Miami showed an increase in new home prices (Miami simply had no sales for that month). New home prices this January averaged $365,000, or 12.5 percent above January 2012.

While no multifamily permit activity was recorded, the region has a number of projects underway, including a significant number started during 2012. As in single-family construction, active areas include Johnson and Wyandotte counties in Kansas and Jackson, Clay and Platte counties in Missouri.

The real-world impact of all of this includes several interesting trends. Steve Kornspan, of Steve Kornspan Group Remax Premier in Overland Park, said the market varies throughout the region and by demographic, yet over-all the picture does include several strong reasons to consider buying now.

“People feel that interest rates are low and housing prices are pretty much at the bottom, so this is a good time to get in,” he said. “I heard three economists the other day who say interest rates and inflation may rise, so those are other reasons. It seems unlikely that so many factors will remain this good for much longer.”

Buyers and would-be buyers represent diverse demographics. Some of this market involves traditional homebuyers, including young families looking to move from apartments or small homes, older “empty nesters” who are looking to trade for something more manageable, as well as a diverse blend of home-flippers and investors.

Oliver noted some surprises. “The census bureau tells us that the newest pressure on home purchases will be coming from new family formations,” she said. “These are predicted to not be from the traditional married couple families, but rather from multi-generational families and other atypical families.” She noted these groups may seek larger homes, but this will be offset somewhat by increased awareness of energy and other costs.

Kornspan said another group involves those comparing the cost dif-ference between improving an existing home to buying another that offers features they want. “Instead of finishing the basement or adding a deck, it’s now more economical for many to just go buy another house with what they want built in,” Kornspan said. “Generally, you’ll only get about half of your return on investment by adding or remodeling. With the market where it’s at right now, you’ll get your money’s worth buying.”

Other factors include financing. Charles Small at Reece and Nichols notes that 30-year loans remain available, something especially attractive for those entering the market. “They can get a lock of 30 years on their loan, and that’s going to be critical because many of us think the current rates can’t last,” he said. “The current financial market has lasted a lot longer than most of us thought it would.”

Other factors may change the picture. Fannie Mae is reportedly considering regulation changes that will require 20 percent down payments for larger numbers.

“These regulations would change how premium rates work for private mortgage insurance,” Small noted. “That’s gone up twice in the last year. Right now, if you have less than a 20 percent down payment, you’re paying a substantial am-ount, but you can buy it down later and reduce that premium. We’re hearing that the ability to buy down later may end in April, which would mean a $50 to $150 a month increase for a lot of people.”

Even in a market that appears to be recovering, buyers are also using caution not as evident in the pre-2007 bubble. Small said those looking to upgrade their home with a purchase are a good example. “They’re more cautious,” he said. “You’re not seeing many people who are planning to double the size of their home. They’re looking for something bigger, with features they want, but it’s more incremental.”

Oliver said regulatory changes also make repeats of past problems less likely. “No one can predict how long it will take to see significant change, however, efforts by the National Association of Realtors and significant governmental oversight changes in the last five years have stabilized the real-estate lending markets,” she said. “Never again will we be in the volatile position of 2006–2008, where run-away lending practices allowed high risk ventures that fueled a melt-down of real estate values.”

Some things about residential real estate and lending have not changed. The concept of owning a home in a neighborhood with good schools and other amenities remains the preference for nearly all home buyers. “It’s the American Dream,” Kornspan concluded. “It’s what most people still want, and now is a very good time to pursue it.”