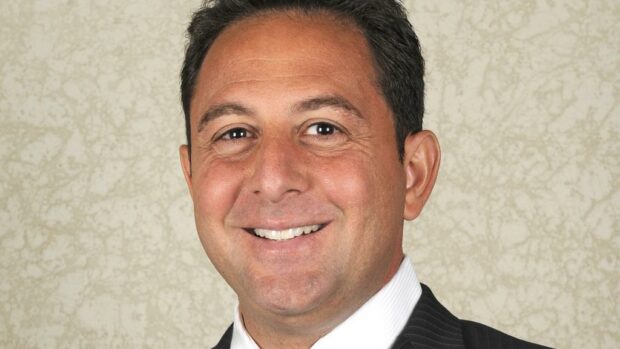 The President of Leawood-Based Creative Planning recently sat down with Ingram’s Jenn Bates to talk succession planning and trends in wealth management—topics he is eminently qualified to address. Creative has been Barron’s top U.S. wealth advisor an impressive three times, and Mallouk the no. 1 advisor the past four years.

Q:  How is succession planning today different from 10, or even five years ago?

A:  It used to be the estate tax limit was $1 million, or something like that, and it impacted a lot of people, because if you had a $300,000 house and $200,000 in investments and an insurance policy of half a million, all of a sudden you had a taxable estate. Now, with the limit being over $11 million, very, very few people need to even think about estate taxes, so they’re really focused on generational planning.  Generational planning has changed because people used to give money to their kids when they were 21, 25—ages, like that. And I think that everyone has come around to thinking age 30 is the new 21. People are giving money to their kids a little later than they used to.

Q:  What’s kind of an overarching trend are you seeing, especially with that new tax law?

A: One of the big things when it comes to charitable planning, you’re spot on about that, is people have to be much more thoughtful about that. Because with the higher limits in terms of getting tax breaks, if you were giving a couple thousand dollars to charity every year, you might not qualify for a deduction at all. And so what a donor-advised fund allows you to do is … accelerate all your giving, put it in the donor-advised fund where you still control it and then make your gifts ongoing from there. But you really have to be thoughtful about the year you make the gift.

Q:  What are your thoughts on cryptocurrency? Is it too unstable?

A: Behind the cryptocurrency is blockchain technology, which is a real thing—a lot of people are going to use it, it’s being used by big corporations like IBM and Accenture that are the S&P 500. If someone owns a diversified portfolio of stocks, they’re invested in blockchain. Now, cryptocurrencies use blockchain technology, there are now I think 4,000 cryptocurrencies, so I mean there’s a teenager in Malaysia inventing a cryptocurrency while we’re sitting here having this conversation; they’re getting invented all the time. So someone’s betting that cryptocurrency is going to be something that’s used, and retains its value, and that they’re picking the right ones. I think there might be a few that emerge that really do hold value; the odds that it’s gonna be Bitcoin or one of these others are extremely small—very, very small.  Eventually, there’s going to be a very big group of people who most likely are going to lose all of their money. Now, will there be somebody who bought it at whatever thousand and got out at higher number? There will be those people, as there will be in any bubble in any speculative investment.

Q: Is it kind of just investing in what you know is trackable?

A: To me, I look at it like, the Internet was a real thing when it was invented. Some people said “Oh, the people won’t use this” and some people said, ‘Oh, yeah, they will.’ But the early players, they’re not the ones who really survived. Google was not the early player. There’s the cutting edge and the bleeding edge, and I think if you’re speculating in cryptocurrency, that’s fine. You just have to understand it’s speculation; it’s not really an investment.  An investment is a stored value, it produces some income, something like that, or has the ability to be translated into value in the future with some sort of predictability. You don’t really see that with cryptocurrency.

Q: What are some red flags for people with wealth management, where you’re going to put your money and investments?

A: It is true, that once people know someone has money, the deals just come out of the woodwork.  For a lot of people, it’s “Oh, I have a lot of money, I have all these deals coming to me, I’ve always wanted this, this is how people get wealthy,” and it really isn’t how people get wealthy. I was meeting with a COO of a publicly traded company and he’s a multibillionaire and he runs his own in-house venture capital fund, so he basically is in about 200 investments. His expectation is that over 90 pecent of them will be worthless. That’s his expectation and he’s got plenty of examples of them being worthless. Now, he also has Uber. So the folks that are really doing deals like that know they’ve got to do a hundred, or at least dozens. But the idea of investing in one or two private companies as an angel investor, those are really, really big bets and they usually don’t work out. I encourage people who want to do private deals to invest in diversified private deals.
Do you need to go invest in this one start-up or do you need to invest in a fund that at least is giving a shot—a reasonable shot—at catching a winner?

Q:  Where do investors need to be putting their money?

A: Somebody who is starting out, very young, doesn’t have any assets, they should just invest in the S&P 500. Big U.S. companies. If some good idea comes along, one of those 500 companies is going to buy that company with a good idea or that company will find itself in there. So you get diversified across industries, across companies, that’s most of the U.S. stock market, it’s actually a very large global market, it’s buying one thing that’s extremely diversified. Now, somebody who’s got millions of dollars, that’s not really enough. Somebody with a lot of money who’s within 10 years of retirement ought to be looking at how do I have different asset classes that are going to meet my needs in the short run, and when I retire and when I’ve been retired for 20 years?  It gets a little more complicated for those folks.

Q:  What are someways younger investors can handle that and create something?

A: Invest incredibly aggressively. If you are 20-something, 30-something, just buy all stocks and ignore it. It’s gonna go up and down 50 percent sometimes—just ignore it. And over the long run, they’re gonna be rewarded for that.

Q:  Is that your job? Just calming people down?

A:  The biggest part of the job is strategic.  A lot of people think it’s which stock and which bond to buy and which hot fund, and it’s really thinking strategically about “if I’m trying to accomplish this, if 15 years from now I need this, what are the things I need to be doing to increase the probability that that’s going to happen?” Those are really personal decisions; you really need a lot of information from the client to make those sorts of decisions. Then there are very short, intense periods where we’re calming people down.”

Q:  What accounts for your ability to build such a highly regarded company in the Kansas City area, as opposed to being on Wall Street?

A:  When it started, we were just trying to do something different.  We were trying to be independent, not have our own funds, not have commissions, and really be on the side of the client in a big way, tailor portfolios and offer holistic services, tax law and so on. The expectation was not that it would be what it is today; in fact, the goal was to go from $30 million to $100 million. Today, being at $33 billion, when I look back, a big factor in the success really is Kansas City. We’ve been able to attract just incredibly talented people, so today we’re a national firm, we’ve got 20 offices all over the country, we’ve got several hundred employees outside of Kansas City but we have about 300-400 here, and it’s much easier for us to find somebody incredibly talented, with a great education, with strong work ethic, here. It’s been an incredible market. So if I had to do it all over again, I’d put the pin on the map in Kansas City.  What I’ve found is the coasts love that we’re in KC, they really attribute strong work ethic and values to Kansas City companies. So it’s been a big positive for us—logistically, it’s been great, and we’ve found excellent people because of our location.