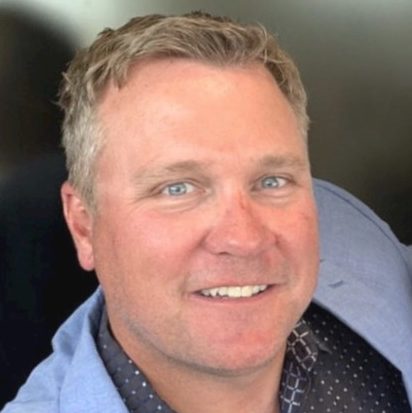 Q: Things have cooled a bit for you all in percentage terms since your No. 1 finish in the Corporate Report 100 in 2019, but “cooled” is a relative term, considering that you were up nearly 180 percent from 2018-2021. Is managing that level of growth a different task than dealing with four-digit growth from a smaller base?
A: It’s completely different. I talk about it all the time, act on it all the time. When you’re a little $5 million or $15 million company, you’re doing everything. In my position, that was also COO, CEO, chief sales officer, CFO, and you’re scrapping for every single dollar; you’re the underdog with no credibility. Then you go from that, to $50 million or $60 million, you don’t lose that mentality of scrapping for everything, but you’ve got to figure out a way to let go of some things and get really good people, promote good people up and take on more responsibilities and watch them mature. You have to some degree desensitize yourself. It’s a question near to my heart because I’d never been CEO before.

Q: And you had a lot riding on the outcome at the start.
A: Absolutely. For me, it was, people tell you Jeff has definitely calmed down, but the fighting spirit is still there. Six or seven years ago, I was betting the future of my whole family on this place. I left a great job making great money for this.

Q: You had just jumped to lightspeed with growth before the pandemic arrived in 2020; how did that complicate the task of keeping things under control?
A: After working through those first months of it, we had a meeting in September 2020, basically had a town hall where we said we want to respect this virus, but there’s no way we’re going to let this change our culture. We’re going to be the same company we were from 2016 through this past March, come hell or high water. We’re not losing that. So we put our heads down, got to work, made some changes, really big changes, hired some people, and moved some up. We went from $82 million to $150 million and we’re trending $230 million this year. All that transpired in a matter of 17 months.

Q: At the chief executive level, what else did you need to do beyond driving the message from that town hall?
A: I got more focused on the growth side of the business, but also promoted up a few captains to become commanders of their departments. They all wanted that opportunity, and they helped us get to that point where we doubled in size as far as revenues after that first six months of COVID, and we’re now well over 100 employees.

Q: Was it a tough transition from a management point of view?
A: Comparing the two mindsets, from when you’re fighting for every dollar, now, it’s more a case of instead of working in the business, you’re working on the business to consistently have a better product, better HR, more people trying to call us to get into this building where they can make more money. The struggle for me was to go from that mindset of scrapping to being very strategic. So I did. It wasn’t easy. Investors and partners may tell you I’m rambunctious as heck because I care so much, but I don’t have to push so much any more; I have 15-16 key people who help me run this company, they are extremely happy and motivated and they’d run through a wall for this place. That has really changed my personal experience.

Q: That leadership moment during the early pandemic phase has been a defining growth point for a lot of companies—those who refused to pull back, and saw it as an opportunity.
A: Yeah, it was about attitude, like “no one’s probably ever going to deal with something like this again, there’s not been a pandemic like this since 1920.” So let’s get through this, and while other companies are going to shelter at home, we’re going to get our noses dirty and get after it, and now our culture is even better than it was in 2018. We’re a tough-minded company. Everyone knows where we stand on a daily basis. I run reports, create the inertia of competitive people who want to work here and be competitive. If you’re not competitive, you probably can’t work here. It’s too intense for you.

Q: Can you address the challenges of letting go?
A: In my case, I kind of just took a leap of faith. I was fortunate enough to know I had a handful of men and women who were really talented. I just had to bet on that talent, and on the drive those people had. And their know-how and command—I always use this word—their command of their roles and their departments. Of course, my wife had something to do with it; she’d tell me “You’ve got to let go.” When your folks respond that well, it’s easy to let go.

Q: What about process. What changes have helped keep a lid on things?
A: We started doing something in the fall of 2020 like EOS, Entrepreneurial Operating System, but we call it DOS, for Dynamic, but it’s a process where 16 leaders meet every other Tuesday, go through all the good news, all the challenges per department, what’s happened, and everyone started swimming in the same direction. That allowed me to see how much command each one had in their departments. I knew from that, that they understood every problem and what they had to do to fix it. I’m only interested in hearing about a problem once—the next conversation has to be about solutions. If you have that kind of meeting and follow that book on how to run things, that’s how you mature from a one-man band to now everyone is doing their own thing, but aligned: They are running departments, they know their goals, their success points, what the challenges are, and they are talking with all the other departments.

Q: Walk us back a bit a few years earlier, before the concept had been proven: What steps, in retrospect, did you take in your leadership role that helped pave the runway for this growth streak?
A: No. 1, you had to have a good product. Building a good product that’s disruptive in answering so many questions in a market that can’t find answers for where the pain points are. Our target is middle-market shippers—$50 million to $2 billion in revenue, and a lot of them in food and beverage, construction, telecom and general manufacturing. They ship $2 million to $50 million in goods a year, and a lot of them are Fortune 5001-35,000 companies. They don’t have a 15-person department running transportation, they have one or two guys, no automation, and their reporting is all email and Excel. We knew we could provide them with a product with a hub, web-based, where they could run all their freight through it and get beautiful reporting live with the previous day’s shipping. But we had to get the product right.

Q: And internally—what were some of the foundational elements that set the direction?
A: No. 2, and maybe it’s tied for first, you’ve got to get your compensation plans right. In 2015, I’m in my basement, like a mad scientist, but made the decision we were going to offer upside to the operations people. In most organizations, people that make commissions or bonuses are the sales guys. Here, everybody has some sort of variable. If you get the compensation right for the majority, the culture will naturally just happen.

Sometimes that means a third check each month with some extra cheddar. It keeps people happy. And it can’t be subjective: It’s tied back to metrics, so everyone knows what it is. That led to more people working hard to sell, but more importantly, being really ready to work their tails off to keep customers and the employee happy too.

Q: The flip side: Anything you’d have done differently?
A: Personally, that I would have been more toned down early on. When you’re fighting for life, it’s not that you’re a jerk, but you can get intense too often. My employees don’t care; they think it’s funny. And now I’m a much cooler head. I’ve had employees tell me this place needed that, to be amped up and passionate. But always, treat people with respect, never yell. Everyone here has to walk past my office to get to the bathroom or kitchen, and I want them to see me, I want them  to know they can come and talk to me any time, I love that part.

Q: How has success repositioned the company to secure additional capital as you continue to grow—the different avenues that are open to you today that weren’t nearly a decade ago?
A: It’s made things immensely easier. Early on, banks wouldn’t want to bet on us; now, the phone won’t stop ringing. I had to go from being proactive to reactive. People see a successful company, they want to figure out how to get a piece of it. But we also have a private equity partner who has us in a really good spot. We’re cash rich, if anything, and can use our own now to finance growth. But a creative private equity firm like we have makes it easier. There are conversations I couldn’t have had four or five years ago, and now, over a cup of coffee with a 5-min conversation, whatever we need, we get.

Q: On talent. With the explosion of logistics-related companies in this region over the past 10 years, have you seen a corresponding increase in the numbers (and quality) of candidates needed to succeed in your niche?
A: We have a different approach here. We don’t always look for a logistics background. One of my favorite examples is the intern who becomes a full-time employee without a transportation degree. That goes back to working on, not in, the business. We now have a 2,000 square foot training facility in our new building. But to find people, look: People tend to hang out with people like themselves. We have one sister and two of her brothers working for us, and we might get a third brother. All had the same parents, were taught about work ethic, things like that. Another great example is someone who had worked at a Sprint store, was a telecom sales guy, but you teach them the ropes, and now he’s one of our top performers. The third avenue is, our reputation is at the point where people in the industry at bigger shops are starting to call us. We have a key vice president from another firm who was tired of being tied down and wanted a place to run free. We need that, and we’ll take it.