We grow it, we package it, we build it and we fabricate it. With a diverse, skilled labor pool, Kansas City gets things done.

If you guessed one of those Southern states that lured assembly plants away from the Motor City with the prospect of non-union labor, no Kansas City-style barbecue for you.

Because right here in Kansas City, we’ve become a Major—with a capital “M”—manufacturing location for things on wheels.

It starts with the nation’s largest manufacturers, Ford Motor Co. and General Motors, who have large assembly-line operations here. And it now includes a growing list of vehicle parts suppliers and up-fitters.

Ford, in fact, invested more than $1 billion in upgrades to the Claycomo assembly plant in KC’s Northland in recent years. That has allowed it to  hire thousands  of workers, and challenge for the title of Kansas City’s largest private-sector employer, following the end of production on the venerable Escape SUV. That work went South so Ford could concentrate, with some of its most reliable, efficient workers, on turning the Transit into the vehicular workhorse of American commerce. That work supplements output of the F-150 pickup truck, the nation’s top seller, and the refurbished facility made that plant the vehicle maker’s No. 1 for production capacity.

Across the state line, actually, the river that divides the two states, sits GM’s Fairfax assembly plant, again the recipient of hundreds of millions of dollars in upgrades. That, too, led to added numbers of employees.

Over the past decade, large auto suppliers have moved here in waves to take advantage of explosive growth of this region’s logistics capabilities, generating jobs by the thousands. Several years in the making, a surge in construction of warehouse facilities larger than any ever built here has unfolded. And when we say it’s unprecedented, it truly is: These structures are on the verge of surpassing  the million-square-foot-threshold, and they’re being snapped up by companies needing to efficiently distribute goods nationwide. 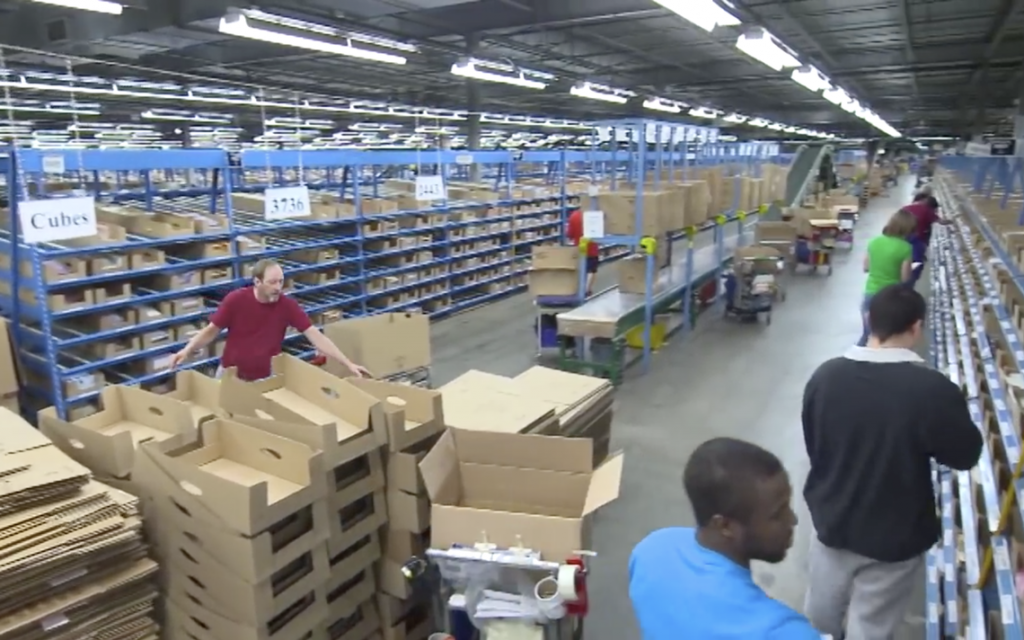 Greet Expectations | Hallmark, the world’s largest maker of personal-expression products, is headquartered in Kansas City and has a major production facility in nearby Liberty, MO.

We make more than cars, though. Two-wheelers, for example, roll out of the Harley-Davidson plant in the Northland region. And if you’ve gone full Rip Van Winkle on us, you missed out on the growth of Hallmark over the past century, and it’s the world’s largest producer of greeting cards.

Moving from manufacturing into other key elements of the regional economy, you have to look first to Cerner Corp., the largest private-sector employer in the region. The healthcare informatics company based here is building a south Kansas City campus that, when completed around 2025, is expected to employ roughly 15,000 people.

Other sectors with significant employment here, outside of government, include the healthcare field. Hospitals and medical centers alone—there are more than 50 of them in the region—employ more than 60,000 people in professional and support roles, and that’s before you start factoring in physicians offices, physical therapy clinics, pharmacies and the full range of allied health professions.

We’re even a vital cog in national defense, with the non-nuclear components turned out for the Department of Defense by a vast new defense plant operated by Honeywell in south Kansas City.

Fueling all of that is a Midwestern work ethic that lives on in residents who are but a generation or two removed from the farm, where you either work or you fail—and sometimes, where you do both at the same time. They have brought with them an entrepreneurial spirit that companies here use as a foundation for growth.

Few reliable metrics exist to demonstrate the relative strengths of one metropolitan area’s worker productivity compared to another’s, but tools like numbers of sick days taken consistently show that Kansas City area workers show up for their shifts at rates considerably higher than the nation as a whole.

Perhaps the best way to assess the quality of the work force here is to go back over the list of companies that have established major operations here and ask “Why would they do that?” Amazon, for example, among the most recent.

The reasons should be fairly self-evident.