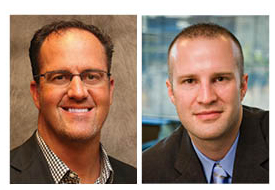 United Real Estate Group announced this morning that it had acquired Overland Park-based Platinum Realty, creating a national realty powerhouse with nearly 20,000 agents nationwide and bringing together two of the fastest-growing private companies in America.

“I have witnessed other major independents in the U.S. align with United Real Estate Group over the past few years,” DeNeve said. “They are realizing the advantages the relationship brings to their agents and company. Platinum Realty will retain its brand, agent compensation plan, which is similar to United’s, and unique culture, yet gain more leverage with United’s strong national network and industry-leading technology, agent tools and services. This is how we will evolve to move our agents forward and increase our dominance long into the future.”

Platinum was an early pioneer of the 100 percent commission model in its market and quickly gained a secure foothold in the Midwest. Now with 13 offices in five states and seven markets, this impressive brokerage is a 10-time Inc. 5000 fastest-growing private U.S. company, widely recognized in the media and the real estate industry – a powerful new addition to United’s national network.

“We are very patient and ethical diamond miners who take a long-range view of both our vision and opportunity,” said Dan Duffy, United Real Estate Group’s CEO. “We sort through a lot of coal to find the few stand-out ‘diamond’ brokerages to partner with in key strategic markets. Scott DeNeve and his team are very rare diamonds. Under Scott’s leadership, the Platinum Realty team has proven that they have aligned values, and most importantly, they have a strong culture centered around the outcomes of their affiliated agents and constant innovation. We are thrilled to be part of the Platinum Realty team and are looking forward to working with them and welcoming them to the United national organization.”

United Real Estate is a division of United Real Estate Group, serves real-estate brokers and agents, providing the training, marketing and technology tools under a flat-fee, transaction-based agent commission model. It operates in 30 states with 110 offices and more than 16,000 agents, and produced more than $21.5 billion in sales volume in 2021. Since its inception, Platinum has become a Kansas City market-share leader and one of the largest independent residential brokerages in the Midwest, with more than 2,100 agents.