A surge in new coronavirus cases recently prompted the Board of Aldermen in Branson, Mo. to vote in approval of an ordinance requiring face coverings for individuals 13 and older.

O’FALLON, Mo. (AP) —The popular Missouri tourist town of Branson will require face coverings in most public places in an effort to slow the spread of the coronavirus, despite the objections of many, including comedian Yakov Smirnoff. 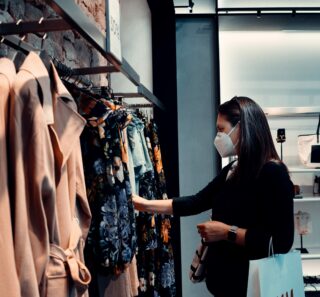 Meanwhile, Missouri set another one-day record Wednesday for new confirmed cases of the coronavirus, the 10th time this month that a new daily record has been reached.

Smirnoff, who operates a successful theater in Branson, told the Board of Aldermen Tuesday night that the mask ordinance would make his adopted home more like his native land, Russia, the Springfield News-Leader reported.

“I’m hoping that you can make this an island of freedom and choice in the sea of hatred and fear,” Smirnoff said, drawing applause from many in the crowd.

Nevertheless, the board voted 4-1 to approve the ordinance, which requires face coverings for people ages 13 and older, with some exceptions.

Missouri reopened its economy in mid-June and has seen a big surge in confirmed coronavirus cases this month — so much so that a new federal report lists Missouri as among 21 states in the “red zone” for the outbreak. Those states are reporting more than 100 new cases per 100,000 people.

Republican Gov. Mike Parson has refused to issue a statewide mask mandate, but several jurisdictions across the state have enacted their own.

Some places are going even further. Starting Friday, St. Louis County is limiting crowd sizes, ordering bars to close early and getting tough on businesses that ignore the guidelines. Kansas City is considering similar measures.

All told, 46,750 Missourians have been diagnosed with COVID-19, and 1,220 have died. The number of infections is thought to be far higher because many people have not been tested, and studies suggest people can be infected with the virus without feeling sick.

For most people, the new coronavirus causes mild or moderate symptoms, such as fever and cough that clear up in two to three weeks. For some, especially older adults and people with existing health problems, it can cause more severe illness, including pneumonia, and death.