Philanthropist of the Year: Henry Bloch 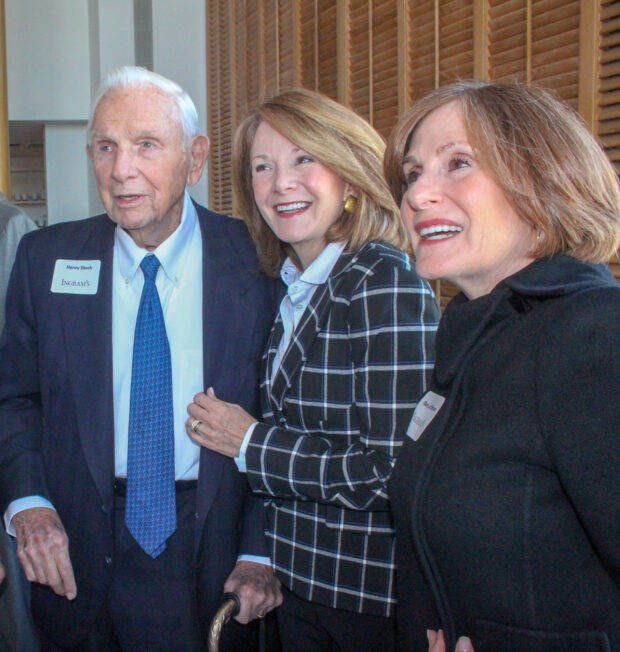 When you try to add up the billions in revenues that H&R Block has generated over its 62-year existence, when you think about the hundreds of millions of dollars’ worth of philanthropic donations that have flowed from the creation of that company, the vast size of the numbers makes it hard to consider just how far one man can come in a human lifetime.

But long before Henry Bloch’s company would make him a nationally known entrepreneur, before his surname would become synonymous with the tax-preparation industry, before an art gallery, museum wing or a business school would be named in his honor, he once laid out $50 so his growing family could have a second car. A Studebaker. Used. That’s how far he’s come in his 95 years.

The story of his business success becomes even more remarkable when you consider how much of the opening chapter was rooted in mere chance. A Kansas City native who flew 31 missions aboard B-17s over Europe, in World War II, he came home to co-found United Business Co. with one brother, Leon, before starting H&R Block with another brother, Richard, in 1955. Luck played no small role in that success. The IRS was dropping its own free advisory services at roughly the same time, and the Bloch brothers, by this time, Henry and Richard, quickly realized that taxpayers would soon be clamoring for assistance with returns growing ever-more complicated.

Opportunity met vision, and H&R Block would become the nation’s predominant taxservices company, and the world’s largest, after going public in 1962. That’s a highly condensed accounting of how Kansas City ended up on the receiving end of so many philanthropic gifts. But those gifts wouldn’t have existed without values Henry Bloch brought to a second-floor office in Midtown 62 years ago.

“Don’t tolerate mediocrity or complacency; never be satisfied; always reach higher,” he said in a 2011 video produced for the anno-uncement that the family fortune would create the Henry and Marion Bloch Family Foundation. “I discovered long ago in business that it is much easier to develop a plan than to execute it. Whether in philanthropy or business, there is no substitute for hard work. There are no shortcuts.”

At its inception, the foundation became one of the region’s largest. Last year, its assets stood at nearly $255 million, and it made gifts to causes at a rate of more than $1 million a month—enough to buy one of those $50 Studebakers every two minutes for 31 days.

When the foundation was created, Bloch explained the motivations he shared with his wife, who died two years later: “Marion and I were both born and raised here, as were our four children, and it has been our home for our entire lives,” he said. “Kansas City has been very good to us. If it weren’t for the taxpayers who embraced Dick’s and my tax preparation experiment, H&R Block wouldn’t have become what it is today. We owe a debt to Kansas City, and my hope is that our family foundation will help pay that debt. “Over the years, I have enjoyed giving back to this wonderful city through both civic involvement and philanthropy. And in the process, I’ve learned that true success is not measured in what you get, but in what you give back.”

Life, he said in that video, produces unexpected turns. “Most people’s lives seem to turn out differently than they had planned— mine certainly has,” he said. “I’ve tried to be a decent man, to be honest and to do the right thing. I always wanted to have a clear conscience. “I know that I won’t live forever, and I know that with good stewardship, the foundation will. I’d like to be remembered as a good husband, a loving father, a successful entrepreneur and for leaving the world a bit better.”