With the launch of national COVID-19 vaccination campaign, pharmacies across the U.S. have begun a hiring spree for pharmacists and technicians to help with vaccine administration. The campaign is sending 1 million doses to around 6,500 retail pharmacies nationwide.

Pharmacy chains across the U.S. are on hiring sprees to recruit pharmacists and pharmacy technicians to help with the national COVID-19 vaccination campaign, The New York Times reported Feb. 10. 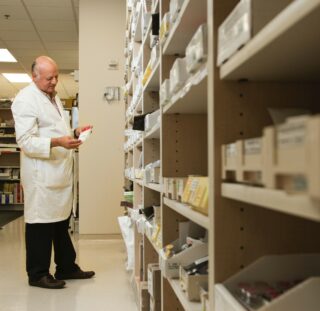 The U.S. is set to send 1 million vaccine doses to roughly 6,500 retail pharmacies Feb. 11 and aims to eventually deliver shots to 40,000 pharmacies.

Pharmacies need pharmacists and pharmacy technicians to not only administer the vaccines, but to fill syringes, sign people in, answer questions, document doses given and monitor people for side effects, the Times reported.

CVS hired 15,000 employees last year and has since hired thousands of additional pharmacists and pharmacy techs, a company spokesperson told the Times. The spokesperson added that the retail pharmacy giant would continue hiring as its vaccine supply increases.

Walgreens has hired 7,500 pharmacists, pharmacy technicians and nurses since last year and is aiming for a total of 9,000 new hires, the Times reported.

Pharmacies are also going to colleges and universities to recruit pharmacy workers. At Washington State University’s College of Pharmacy and Pharmaceutical Sciences in Spokane, Walgreens has distributed a flyer advertising signing bonuses of $500 for pharmacy technicians and up to $10,000 for pharmacists, the Times reported.