Paving Your Neighborhood With Good Intentions 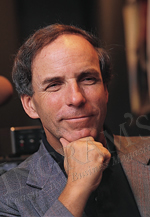 A one-size-fits-all approach to diversity, brought to you by federal know-it-alls, is destined to end badly. But why would any rational person expect a different result?

Just when you thought you had seen the scariest, stupidest policy Washington could devise, along comes a new gem from the Department of Housing and Urban Development with the dazzlingly Orwellian name “Affirmatively Furthering Fair Housing.” HUD Secretary Shaun Donovan describes the policy as “a step forward to ensuring that every American is able to choose to live in a community they (sic) feel proud of.”

Worse than Donovan’s grammar is his logic. Short of a Stalinist relocation program, most Americans, me included, will not get to live in a neighborhood we cannot afford. Nor should we. Then too, some Americans will never feel proud of their neighborhood, as they screw it up simply by moving in.

To execute this new policy, HUD is prepared to provide “data for every neighborhood in the country.” Just what we need, Washington, more federal data collectors. These collectors will use the data to help underprivileged people “expand their access to high-opportunity neighborhoods.” OK, Jack, bite your tongue.

Here’s how this rule will shake out unless modified. The ZIP code I inhabit, 64112, runs south from the Country Club Plaza to 55th Street and east from State Line Road to Oak Street. The median housing price in the neighborhood—$300,000—is more than twice as high as the Missouri median. As is the neighborhood’s median family income.

Given the diversity of the housing stock, 64112 has a much higher percentage of renters than any neighborhood this affluent in the bi-state area. A multifamily building tradition, unfortunately, makes the neighborhood all the more vulnerable to HUD’s predations.

You see, despite the fact that 64112 is arguably the most liberal ZIP code in the state, represented as it is by a Democratic state rep, state senator, city councilman, mayor, county executive, and congressman, it is not as racially and economically “diverse” as HUD would like it to be.

Although the ZIP code has a much higher percentage of Asians than most neighborhoods, Asians only count as minorities when their inclusion empowers a given bureaucracy. Not here. The bottom line is that 64112 has six times as many whites as it does all the other ethnic groups combined. If students are excluded from the mix, this ZIP is not economically diverse at all. These patterns have emerged in the complete absence of any actual discrimination, but HUD has moved well beyond such trifles.

In 2011, developers began putting plans together for a 204-unit luxury apartment project with 9,500 square feet of retail at street level in the heart of 64112 at 51st and Main. As media reported at the time, “The plan still needs Kansas City’s blessing for rezoning.”

To get this blessing, the area’s very active neighborhood associations had to approve, which they eventually did. Construction is well underway, and the building should be ready for occupancy by fall 2014.

Had the new HUD policy been in place, this complex would never have been built. By HUD standards, it does nothing to affirmatively further fair housing. (Lord, it hurts my teeth to use HUD’s language!) In fact, it does quite the opposite. Luxury apartment buildings, by design, discriminate against those who cannot afford to live there. As the current regulations are conceived, the City of Kansas City could no more have approved this project than it could have hired a work force only 4 percent black—correlating to 64112’s racial mix. To appease HUD, the developer of a new project in this neighborhood would have to build in a Section 8 component or something quite like it. This would guarantee three things.

One is that only a handful of uber-liberal tenants would choose to buy a high-end condo in the same building. The second is that my neighbors would come out in force to oppose the project. They may be liberals, but they are not fools, not at least when the value of their homes is at stake. Third, no developer in his right mind would want to get involved in a midtown Kansas City project.

If neighborhoods refuse to play ball affirmatively, it is unclear whom HUD will punish and how, but past history points to the private sector. Here, the subprime debacle might just serve as a model.

In 1995, the Clinton administration put teeth in the 1977 Community Reinvestment Act, which had merely “encouraged” financial institutions to “help meet the credit needs of local communities.” Under Clinton, regulators moved from encouraging to strong-arming.

To rally the base a week before the 2000 election, the Clinton administration announced “historic” new regulations that upped Fannie Mae and Freddie Mac’s “affordable housing” quota from 42 to 50 percent and put a further squeeze on the financial institutions with which they worked.

If the political hacks running these allegedly private enterprises protested this new challenge, it did not make the news. In fact, they seemed proud to pioneer this brave new frontier.

“We have not been a major presence in the subprime market,” said Fannie CEO Raines, “but you can bet that under these goals, we will be.” Fannie’s CFO, Timothy Howard, added, “making loans to people with less-than-perfect credit” is “something we should do.” Yeah, right.

When the whole megillah collapsed, another former HUD secretary, Henry Cisneros, said it was “impossible to know in the beginning that the federal push to increase homeownership would end so badly.” Maybe not “so badly,” but anyone paying attention knew it would end badly enough.

“Affirmatively Furthering Fair Housing” could end even worse. It certainly cannot end well. As of this writing, however, I could not identify any organized local pushback. Time, alas, is running out to protest this policy.