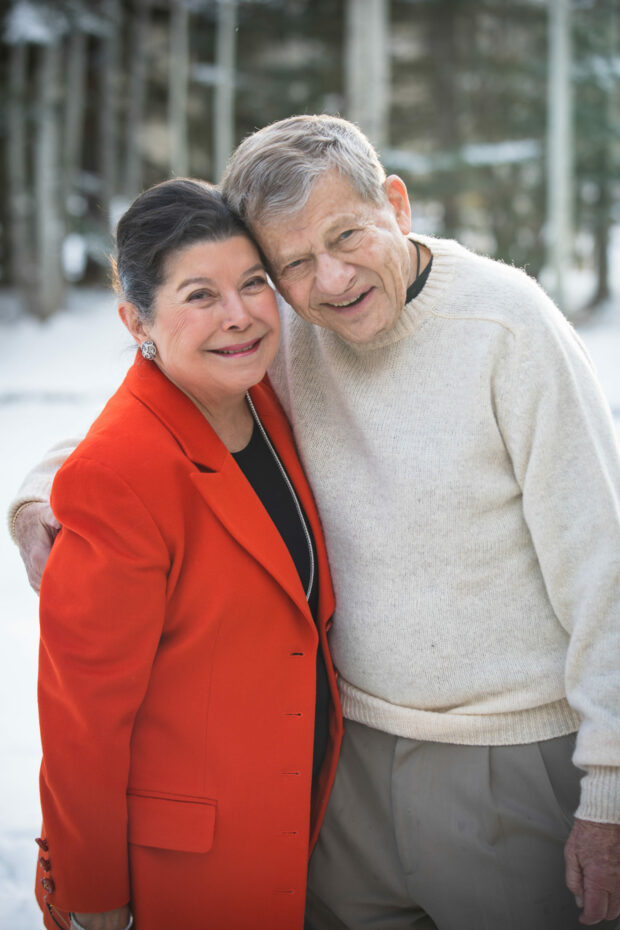 Shirley and Barnett Helzberg represent a personal love story 52 years in the making. But from this one couple’s love, countless blessings have rained down on Kansas City and its philanthropic community.

Sometimes, a marriage is the perfect union of husband and wife. Far rarer is the perfect fit of husband, wife and community. Kansas City hit that happy trifecta in 1967, when Barnett Helzberg Jr. married Shirley Bush. What would follow over more than half a century to come was personal, corporate and philanthropic magic.

They are giants of philanthropy in this community who followed their passions for faith,  education, entrepreneurship and the arts, and have left lasting legacies in each realm. Through their individual philanthropic donations, their commitment of time to favored causes, their willingness and openness to act as mentors, and through the millions of dollars that have flowed through the Shirley and Barnett Helzberg Foundation, they have touch-ed more lives than either could know, or count.

But do not, Barnett says, call it “giving back.”

“I hate that term,” he says. “We always got back more than we could ever give.” 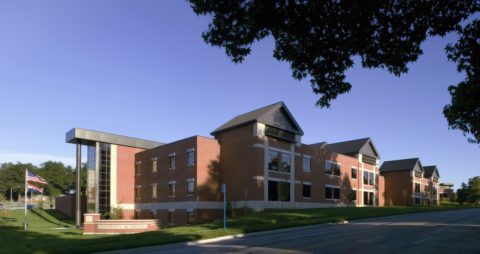 The Helzbergs are among the co-founders of University
Academy, (above) fulfilling Barnett’s primary interests in promoting education.

After recently stepping down from the board of University Academy, Barnett has more time on his hands, but remains self-deprecating as ever. In a candid 90-minute-plus interview at the foundation offices—a stubborn elevator delayed Shirley’s arrival—Barnett offered key recollections, vivid anecdotes and pointed observations about the philanthropic strategies the two of them had forged in life, the roots of their own desire to make a difference, the challenges that confront Kansas City—and the opportunities that have been created for a new generation of successful entrepreneur/philanthropists.

For her part, Shirley got the best of the reluctant elevator, then provided insights into her own commitment to both philanthropy in the arts and commercial redevelopment of Downtown Kansas City. A fast-flowing discussion with the two—often marked by one finishing the thoughts of the other—was like a viewing part of Kansas City’s history in the making.

Barnett’s story, of course, is well-known in the business community: Before his 30th birthday, he became the third-generation leader of a family jewelry empire his grandfather had started in a 12-foot-wide building back in 1885. By the time Barnett sold it 110 years later to Warren Buffett, the Oracle of Omaha, Helzberg Diamonds had 148 retail stores across the nation.

That professional experience became the grist for “What I Learned Before I Sold to Warren Buffett: An Entrepreneur’s Guide to Developing a Highly Successful Company,” which Barnett authored for release in 2003. The proceeds from that sale greatly enhanced the Helzbergs’ ability to engage in philanthropy, but it was far from an introduction to it.

Even as a little girl of 5, Shirley recalls, the importance of looking out for neighbors was instilled in her through her mother’s participation in the Loring Sunshine Club, a regular gathering, she says, “of ladies who talked about news of the community” and found ways to make a difference. Those values followed her into her early career in media settings “and I attended a lot of not-for-profit events, at whatever level I could. I even gave up buying shoes so I
could give that money to organizations in need,” she says.

So the concept of funding causes was nothing new to either, but with the sale of the stores in 1995, they had something more valuable than money alone to contribute: They had time.

Together they would support causes related to their Jewish faith. Barnett would focus primarily on education, entrepreneurship and mentoring. “If you live in Kansas City,” he says, “it’s pretty obvious what you have to do.” Shirley would walk in step with that, but focus more of her time on the arts, particularly with the Kansas City Symphony.

She served a remarkable 18 years as chair for the board of directors, eventually earning distinction as the nation’s second-longest-serving symphony chair. In that capacity, she helped build a business-like structure that truly made music a career opportunity for talented players, rather than a part-time career focus, and along the way helped forge a $100 million endowment to finance continued excellence.

For much of that time, she was also involved in the leadership of the Nelson-Atkins Museum of Art, including four years as chair of the museum’s board starting in 2013. Over the past decade, attendance there has doubled, a point of pride she sees as proof that art can reach across demographic divides to unite a community.

She also has devoted considerable time to identifying significant Downtown structures in need of salvaging, and promoting plans to stave off blight in the area that now surrounds the Kauffman Center for the Performing Arts.

And each has enough civic awards and recognitions to fill a display cabinet. Together, they helped to create University Academy, the charter school that has attained Blue Ribbon-school status for a spectacular graduation and college-placement rate, including those who have gone off to such prestigious
institutions as Stanford, Cornell and Harvard universities. 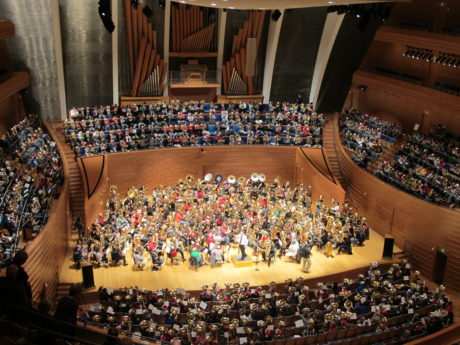 Shirley’s main pursuits have focused on the arts, and the Kansas City
Symphony in particular. Helzberg Hall is shown above.

It’s possible that their most significant contributions to the region have yet to bear fruit: The work they do today to promote both entrepreneurship and civic engagement from new generations of young, successful business leaders through HEMP (Helzberg Entrepreneurial Mentoring Program). What advice would each have for those seeking to establish their own philanthropic priorities?

“I think it would be to understand the joy of giving,” says Barnett, but even before that, giving starts with focus. Understanding business success metrics isn’t a skill that goes into storage when serving on a board. “I was off-course early when I was looking at things like administrative costs. What you have to look at with any organization is outcomes.”

Shirley says to “examine the organization, its board and its finances. The worst thing you can do is to serve on a board because a friend asked. If you don’t have your heart in it, it’s a waste of your time.” “And,” Barnett interjects, “the organization’s.”

The most important commodity any philanthropist can bring to a civic cause, Shirley says, is integrity. Much depends on what those efforts will produce—not the least of which is economic development from a thriving arts scene.

“We’ve got to bring young people back to Kansas City because they need to feel like they can be entertained and culturally stimulated,” she says. “If we don’t have the amenities,” she says, “we’re not going to be able to do that.”

There are, both say, limitless opportunities for the next generation of philanthropists to engage. As for their own contributions, Barnett says, a lasting tribute might be that the social causes they have supported no longer need a boost from philanthropy, because they have learned to stand on their own.

“My dream,” he says, “is that something like HEMP will last for another 25-50 years. But the perfect scenario is that the rest of Kansas City puts us out of the business of mentoring entrepreneurs.”