SmartAsset analyzed data from various sources to find cities across the U.S. that are the best for young professionals in 2020, using metrics such as percent of adults between 25 and 34, labor force participation rate, median rent, cost of living and more. 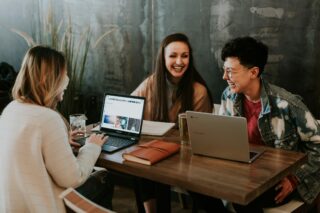 Where young adults in the early stages of their careers choose to live can have a large influence on their professional development and trajectory, the study noted.

“Overland Park, Kansas has a labor force participation rate of 90.8% for young professionals, the sixth-highest in our study,” SmartAsset wrote. “Median rent is 21.46% of median earnings, the fifth-best ratio overall. Overland Park also had a 2018 median earnings of $64,086, which puts it in 12th place among all the cities we compared.”

In total the study considered 150 cities, comparing them across the following metrics: percentage of the population between 25 and 34, county level unemployment rate from May 2020, labor force participation rate for young professionals, median rent, cost of living, density of entertainment establishments, median earnings for full-time workers, four-year change in median earnings and median rent as a percentage of full-time workers earnings.