On the Business Cycle, Interest Rates and Inflation

With the economic recovery now into latter stages, how are the fundamentals poised?

With the economic recovery now into latter stages, how are the fundamentals poised?

While we are anticipating an upward bias towards both interest and inflation trends, I doubt we will see high levels of either—
at least for the remainder of this business cycle.

What evidence do I see that suggests inflation and interest rates may show an upward tilt for this year? I tie this question back to my view of the business cycle.  There have been 10 business cycles—that period of time between recessions and ending in an economic contraction—since the end of World War II.

Typically, these cycles start with an upward push in both g 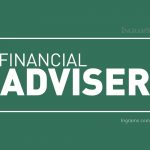 during these times, as the Federal Reserve has been “priming the pump” during the recession with easy money policies. In these environments, economic growth tends to increase, and the economy tends to lift out of the business contraction. In addition, worker productivity growth rates tend to rise. During this time, typically interest rates and inflation remain low.

Based on historical standards, the current business cycle is becoming aged. Since 1980, the U.S. economy has experienced four recessions. On average, the time between these recessions has been eight years. Our current business expansion officially started Q2 2009, so we are nearing the eighth year of the current expansion. Does this mean we should expect a recession soon?
I don’t believe so, but recent activity is starting to rhyme with a late-stage economy.

For example, unemployment rates have fallen from a high of 10 percent to less than 5 percent, nearing what most believe to be “full” employment. Wage gains are occurring. Core personal consumption expenditures, which had been flat on their backs for quite some time, are up 4.5% over the last year. Consumer economic sentiment is the highest it has been in 16 years. Business profit margins have been contracting for more than a year, reflecting higher cost structures. At the same time, small business optimism indexes are recently showing the strongest single-month gain we have seen in more than seven years. In other words, the economy is showing typical signs of a consumer-led growth surge, typical of later-stage economic activity.

Inflation rates, while still low, have risen from zero to 1.7 percent over the past year. Additionally, the Federal Reserve has started to raise the Fed Funds rate.

If history is any guide, I suspect we may see further upside pressure on both interest rates and inflation as 2017 unfolds into 2018.