Absentee and mail-in voters in Kansas City, Mo. and throughout the state are officially required to have a notarized ballot, Missouri Supreme Court judges solidifying a lower court decision that fear of contracting COVID-19 is not comparable to being unable to vote due to an illness.

A Friday decision by the Missouri Supreme Court finalized the ruling by a lower court that absentee and mail-in voters in Missouri will be required to have their ballot notarized, supporting the verdict that the fear of contracting COVID-19 is not comparable to being unable to vote due to an illness. 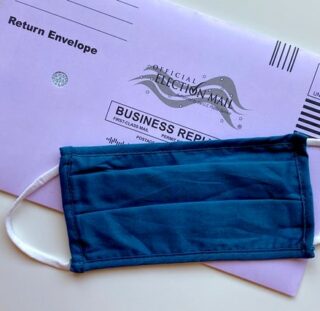 Missouri now joins eight other U.S. states that require a notary for absentee and mail-in ballots.

“We are glad to have absolute word from the Supreme Court that they want the notary requirement and that voters know that it’s up to them to decide if they are going to be safe on Election Day, whether they would do the absentee or mail-in ballot option,” Becky Yockey, voter services chair for the League of Women Voters of Kansas City said in a news report by 41 Action News.

Earlier this year, the League of Women Voters along with the NAACP sued Missouri’s Secretary of State, saying in the lawsuit that people who don’t want to vote in person and prefer to send in a ballot should be allowed the same privileges as people who cannot vote in person due to an illness or disability, in that they should not be required to have their ballot notarized.

Missouri law already states that those confined due to an illness or disability are not required to have their ballot notarized.