Disappointing news for sports fans of both teams delivered this week. KU revealed no fans will be allowed to attend the remainder of the football season and other sporting events through the end of the month, while MU announced a 20 percent capacity limit for its upcoming basketball season.

With no signs of disappearing soon, COVID-19 continues to impact events of all kinds, sporting events no exception. 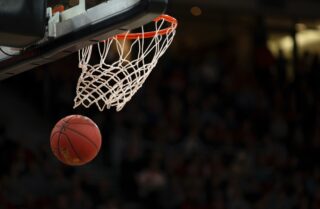 In an open letter to faculty, staff and students Tuesday, KU Chancellor Doug Girod wrote that a recent surge in COVID-19 cases and hospitalizations in the region has led to the university’s decision to prohibit fan attendance for the rest of November.

In another Tuesday announcement, the University of Missouri-Columbia announced that it will be putting a limit on the number of people attending its basketball games this season.

Around 3,000 fans will be allowed at Mizzou Arena for men’s and women’s basketball games this winter.

The Tigers athletics department announced Tuesday in a video posted on social media that capacity at games will be capped at 20%.