While the MLB announces plans for a 60-game season despite rejection from the MLBPA, the NFL continues its proposal from March and K-State announces a two-week suspension of football workouts.

Major League Baseball and the National Football League have either already announced or are beginning to announce upcoming season plans for 2020. 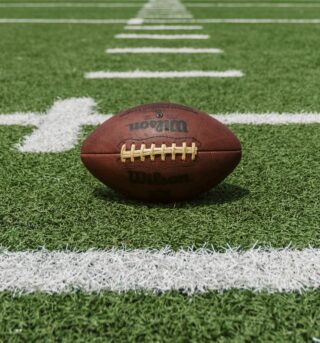 According to USA Today, Major League baseball owners and Commissioner Rob Manfred have worked out plans for a 60-game season, starting in late July. The Major League Baseball Players Association rejected that plan, but Manfred used his contract rights from the March 26 agreement to move forward with the season.

The players can arrive at training camp on July 1, but safety and health protocols must be followed. Players will be offered many benefits for the upcoming season, and can be located here.

The expected start date for the season is the weekend of July 24 through the 26th, with playoffs after the projected end of the season on Sept. 27.

With a little more room to operate on its schedule, the NFL at this point is sticking with plans to start the season at its regularly on its regular schedule in September. That includes the 16-game schedules already released for each team.

As things now stand, the Kansas City Chiefs will play their first preseason game on Aug. 15 against the Cincinnati Bengals. A 2020 schedule for the Chiefs is location here.

Backup plans accommodate multiple situations if a second wave of COVID-19 spreads or other teams have complications. Current health and safety protocols will be based on experience from other major leagues in efforts to make the best decisions for fans. They plan to do regular testing on players and may introduce clear face-protectors located inside players’ helmets.

At the collegiate level, Kansas State cut short its summer workouts after 14 of the 130 athletes from its athletic programs tested positive. They athletes will be in isolation for 10 days until no fever is present.  Voluntary workouts are still available to student athletes, but safety protocols must be followed, the university said.

In Lawrence, the University of Kansas implemented testing for all athletes across its programs this month, and among 86 members of the football team, one tested positive for COVID, despite a lack of symptoms, and one for antibodies that indicated recovery from an earlier infection.

The University of Missouri is moving ahead with summer workouts after testing all of its athletes starting this month. On June 8, members of the football team and the men’s and women’s basketball team were able to resume their activities in Columbia.

Athletes at other top schools have reported positive cases of COVID-19 including Texas and Clemson. At UT, 13 athletes tested positive and 10 are in self-quarantine. At Clemson, 23 of 28 football players tested positive.