Must Dos in Kansas 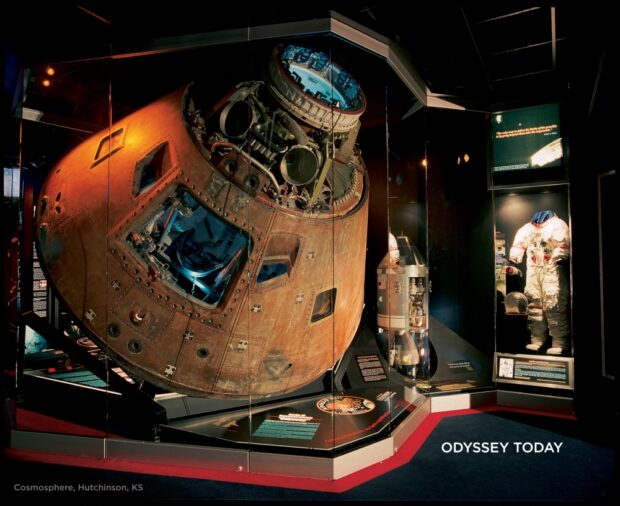 Far more than farms and cattle, Kansas beckons you with opportunities for large living and lifetime learning.

We’ve already introduced you to a universe of sports events in Kansas, but if your free-time interests are geared more toward participation than exhortation, there are plenty of interesting, worthwhile and educational attractions across the state to fill many a weekend calendar.

In a state this expansive, that’s going to mean some travel by car. You’ll want the independence afforded by personal transportation. After all, Kansas lacks the population density required to provide affordable, accessible public transit. And 420 miles is a long way to bike, border to border.

For starters, understand that the state’s reputation as a flatland is well-earned. Some years back, a university researcher with waaaaay to much time on his hands actually established that, if you could turn out an 82,000-square-mile pancake, the surface distortions at that scale would exceed the topography of Kansas. In literal terms, Kansas is, indeed, flatter than a pancake.

That researcher, it seems, has never ventured out to witness the grace, beauty and natural wonder of the Flint Hills and their tallgrass Konza Prairie, nor the Red Hills in the southwest or the Smoky Hills in north central region. Each is spectacular in its own right, and well worth the day trip. And do not forget the Chalk Pyramids in Gove County.

Along the way, there will be plenty of attractions—shopping, casino gaming, camping, boating and much more. So fill your planner, grab a coffee for the road—or the family, if that’s your household situation—and set your sights on some of the places that truly define the Sunflower State. Here are but a few: 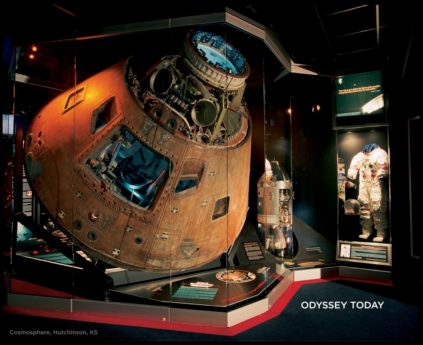 Out of This World

Next to the Smithsonian, the biggest and best collection of America’s history in space can be found at the Kansas Cosmosphere and Space Center in Hutchinson. Founded by Patty Carey—Hutch is famous for its nearby salt mines, so you may recognize the family name—it started with a slide show and a set of folding chairs at the state fair in 1962, when the Mercury space program was still in its booster phase. Since then, the museum has added some incredible artifacts from real space flights, including the capsule that brought home the three-man crew from the ill-fated Apollo 13 mission. Roughly 150,000 people each year follow the layout’s two tracks that chronologically trace the U.S.-Soviet space race, dating back to the end of World War II. The museum is 50 miles from Wichita, 240 from Kansas City, and a shade over 800 million from Saturn.

We told you about the salt mine influence, right? Well, Hutchinson is also home to an experience like no other: Strataca, not too far from the space museum in Hutchinson. Quite literally, this is an exhibit 250 million years in the making, salt deposits that hail from this area’s prehistoric status as an open sea. Of course, the part you’re interested in—the mine—has only been around for a century. Precisely 100 years, in fact. This two-hour tour starts with a 90-second elevator descent that will take you 650 feet below the earth’s surface—more than twice s deep as the Epic Center stands tall in nearby Wichita—as you see some of the 150 miles of tunnels that make up the mine. Still in production, it cranks out four tons of salt every three minutes. Tours depart every 20 minutes. 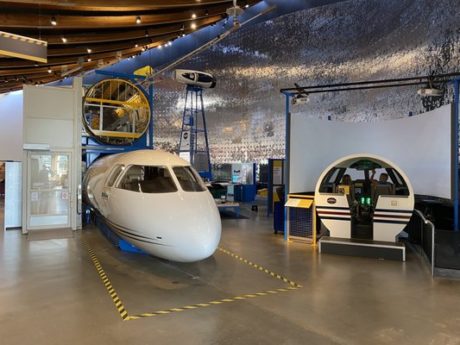 The Sky’s the Limit

Come on, admit it: You’ve always wanted to get behind the stick of a flight simulator, right? Well, here’s your chance—but try to share the seat so the kids get a crack at the aviation experience, too, won’t you? Exploration Place, as befitting a children’s museum in the Air Capital of the World, offers that experience and others to introduce you to the fundamentals of flight. It also includes displays to teach visitors about the space they live in with the geography, meteorology and history of Kansas and its people. Want to learn how to rivet an airplane wing? Go for it. Or gauge your ability to toss a buffalo chip for distance. Ever wonder what a meadowlark nest would feel like at human scale? Now’s your chance to find out. Exploration Place is packed with unique experiences in a dozen exhibit galleries, each offering hands-on science lessons—the fun kind—and not just for the kids.

For a mid-size city, Wichita has a bigger big-city zoo than you’ll find in … well, in a lot of big cities. A community known for its oversized entrepreneurship enjoys the benefits of some zoologically inclined donors, and it shows up with the quality and depth of the Sedgwick County Zoo in Wichita. Do not make the mistake of figuring this for a half-day excursion: There is much to see. The primate house is a good example, as is the walk-through rain forest exhibit, where you’re not just viewing the exhibit, you are in the exhibit, a part of it, even, right there with the tree frogs and fruit bats. With 3,000 animals from 400 species, you get to see parts of Africa, Asia, North America and the tropics. And the South America/Australia exhibit is among the largest walk-through aviaries in the United States.

Corny? You bet! That’s the magical appeal of Boot Hill and the tribute it pays to Kansas’ role in the taming of the American West. Case in point: Where else in American can you still be invited to belly up to the bar for a cold sarsaparilla? Yes, indeedy. You’ll get some of the feel for life in the late 19th century—without the risk, of course, of some varmint challenging you to pistols at 20 paces. The museum itself has more than 2,000 artifacts in its collection, along with an impressive array of 200 guns, which were carried back then the way we carry cell phones today. It’s not cheap, but tickets include the gunfight re-enactment, authentic Old West restaurant meal—beef roast, mashed potatoes and cream gravy, biscuits, apple crisp and drink—and the Long Branch variety show with Miss Kitty herself.

Hailing from an era when presidential politics was something less than full-contact blood sport, the Dwight D. Eisenhower Presidential Library & Museum in Abilene will take you back to an era that might have been more boring by today’s standards, but in the good way. You’ll learn all about this native son of Abilene, from his school days to World War II fame, then to the White House.