Another round of federal funding will hit more bank accounts of eligible jobless workers in Missouri this week. Approved by Congress under the second economic relief bill, $300 weekly payments will run through the week ending March 13.

Jobless Missouri residents who claimed unemployment the week of Dec. 27, 2020 will see the approved addition stimulus payment this week. 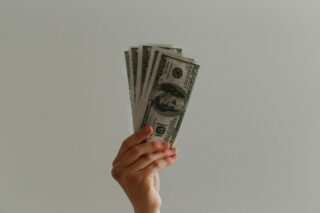 Payments for those that filed in late December will run through the week ending March 13, 2021.

The recently-approved $300 weekly payments follow federal unemployment supplement of $600 per week which expired in July 2020.

Passed in the initial Coronavirus, Aid, Relief, and Economic Security Act in March, the $600 payments nationwide distributed around $2.9 billion to Missourians alone.

An emergency executive order added $300 payments to some unemployment checks into September.

As of mid-December in Missouri, an estimated 70,000 people were receiving benefits under those programs, which cover self-employed workers ineligible for regular unemployment and an extended benefits program that adds 13 weeks of unemployment payments after state benefits expire.