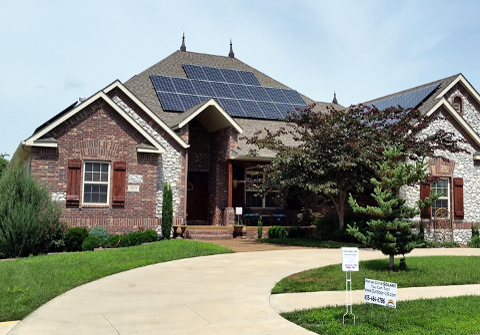 Springfield-based Missouri Sun Solar continues to rack up recognition for its rapid growth.

MSS ranks second among all Missouri companies on the list, and ninth among energy-related companies.

Though all 5,000 companies are listed on the website, only the top 500 are highlighted in the September issue of the magazine.

Missouri Sun Solar was included once again in the 2016 Top 400 Contractor list in the nation by Solar Power World magazine. It was ranked as the #1 residential solar installer in Missouri in 2014, 2015 and in 2016.

MSS is one of the fastest growing solar companies in the state. Caleb Arthur, CEO, is president of the Missouri Solar Energy Industries Association, and has been a leading advocate for introducing green technologies in the state.

MSS has offices in Lee’s Summit, Columbia, Ellisville and Houston, in addition to Springfield, Mo.